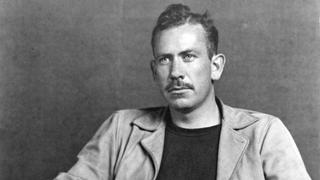 A Californian businessman has decided to invest more than $2 million to restore a boat that was made famous by author John Steinbeck.

The 23 metre-fishing vessel Western Flyer was chartered by John Steinbeck, author of Of Mice and Men, and marine biologist Ed Ricketts in 1940. They sailed the boat from California to Mexico and Steinbeck detailed their journey in his non-fiction work The Log From the Sea of Cortez.

John Gregg reportedly bought Western Flyer for $1 million earlier this year and the damaged vessel is now in dry dock at Port Townsend, Washington. It estimated that a further $2 million will be required to make the boat, which was built in 1937, sea-worthy again.

“I'd like to just restore it," John Gregg told press. “Pretty much the way it was when it went down to the Sea of Cortez, and have it used for science and education.”

The boat has had several owners since it was chartered by Steinbeck and has sunk at least twice.

"I have enough boats that you would think I would know better than to get another one that doesn't like to float,” Gregg said. “It's a disaster, its muddy and full of oil, scary things, so it's really in bad shape now."

Gregg decided to take on the challenge because he read Steinbeck’s literature as a child.

“I read Steinbeck's stories as a young guy and I always was inspired by that sort of thing,” he added. “I identified with the adventure and science.”

Western Flyer is not the only famous research vessel in need of restoration. Jacques Cousteau's Calypso has also fallen into disrepair amid a legal battle.

If you want to follow in the footsteps of Steinbeck and conduct marine research don’t miss our guide to the best destinations for conservation voyages.