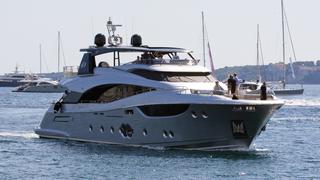 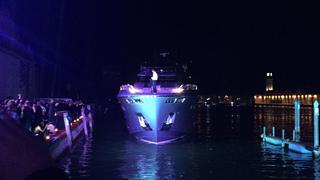 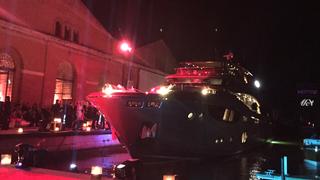 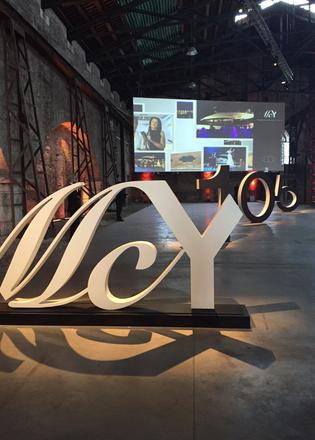 Monte Carlo Yachts, part of the Beneteau Group, has delivered the first hull of its MCY 105 series, which is now named G. At 32 metres the superyacht is the largest ever built by the Franco-Italian yacht builder and she has now been delivered to her owner in Hong Kong.

The MCY 105 marks a big jump in size for Monte Carlo Yachts, growing six metres on its previous flagship, the MCY 86.

All Monte Carlo Yachts are designed inside and out by Italian design duo Nuvolari Lenard, and the builder’s first yacht over 30 metres is an evolution of its current lineup, which also includes the smaller MCY 65, MCY 76 and MCY 70 yachts.

The exterior profile of the MCY 105 stands out with a high bow and bulwarks, sloping to aft for a distinctive and sleek look. The MCY 105 has a full-beam, main deck master stateroom, which is well-lit by large windows. As with all Monte Carlo Yachts, the interior layout is customisable to a degree per the owner’s wishes.

“We have worked together with Monte Carlo Yachts to created something consistent with their strategy that went beyond luxury and was quite simply excellent,” said MCY 105 designer Dan Lenard. “In many ways, what we set out to do was to go beyond the trends and fads of fashion and luxury and become an instant classic of the future. I believe the MCY 105 is exactly that.”

The planing-hull MCY 105 motor yacht is built with a resin-infusion construction process, making her lighter than similarly sized superyachts.

MCY 105 hull No 2 has already been launched and is named Serendipity, while hulls three and four are currently under construction.

At the Monte Carlo Yachts launch of the MCY 105 in Venice, Italy

The first-ever MCY yacht, the MCY 76, was also launched in Venice. "We have grown from a turnover of €3 million in our first year to €58 million; we now employ 300 people where we started with a team of just 20," said Fabrizio Iarrera, managing director of Monte Carlo Yachts, at the time.