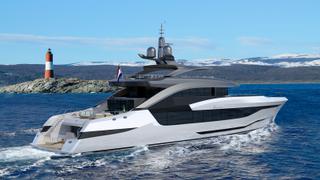 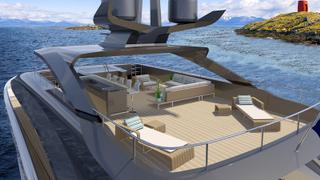 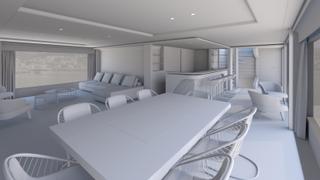 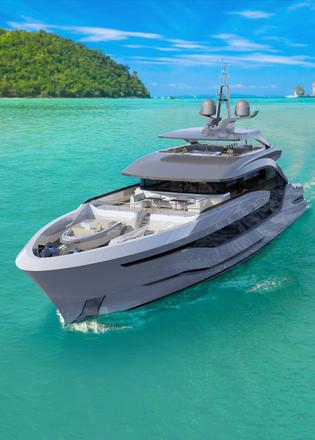 Named after an island gateway to the Antarctic, this striking new design combines an elegant profile with a rugged monocoque structure. As a result, there are no side decks, which allows for more internal volume in key areas, without exceeding the 500GT mark.

Emile Bilterijst, managing director of Moonen, said: “We have moved away from the stereotypical image of explorer-type yachts as ‘toys for the boys’. There is no golden rule which says world traveller superyachts need to have a masculine design.”

Key features include a superyacht beach club and a large open aft deck, which are made possible by Moonen’s decision to house the tenders on the foredeck.

What’s more, the Navarino has all the makings of an environmentally friendly superyacht, with solar panels to reduce the load on the generator as well as hybrid propulsion, heat recovery and exhaust gas cleaning systems.

Take a closer look at the Moonen Navarino concept

The interior décor has been envisaged in a minimalist style to reflect Moonen’s blank page approach to custom-build projects. Further details are being kept under wraps for now, with the total guest and crew accommodation undisclosed, but there is plenty of room for the all-important main deck master cabin and the Navarino's 50,000 litre fuel capacity promises long-range cruising experiences.

Other superyacht projects currently under development at the yard include the 36 metre Moonen Martinique, which is due to hit the water next year.