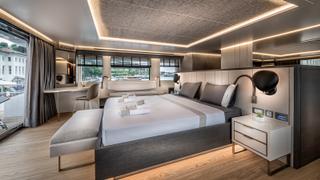 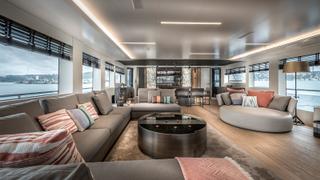 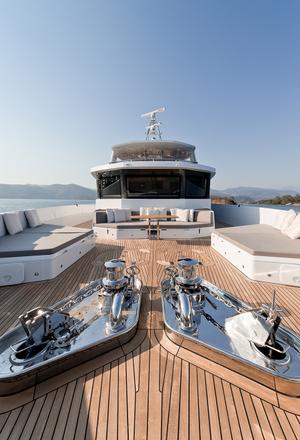 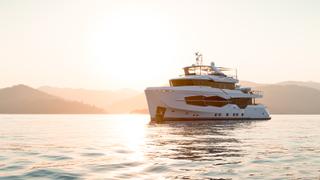 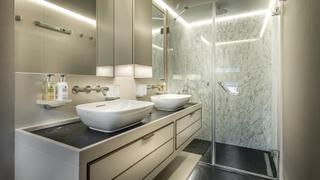 The explorer was launched at a private ceremony in Istanbul last year after being sold to "an experience and loyal" client in June 2016. The second Numarine 32XP Calliope was delivered just last month.

The Numarine 32XP was part of a new strategy by the Turkish builder to create explorer yachts and, in March 2014, Numarine revealed its 40XP steel-hull explorer superyacht concept as the largest in the range.

According to Numarine CEO, founder and owner Omer Malaz, the striking Numarine 32XP was the result of direct client requests. The 32.5 metre Can Yalman design is an “exceptional blend of size and capability,” the yard previously said.

Numarine worked with Dutch company Silent Line Group and naval architect Umberto Tagliavini to minimise noise and vibration levels with the aim of offering the comfort of a much larger superyacht in this 32.5 metre package.

Generous volume was also part of the brief and the Numarine 32XP carries almost 300 gross tonnes of internal space. Key features include a main-deck superyacht gym and enough storage space on the upper deck to carry a nine-metre RIB and two Jet Skis.

The 32XP has a range of 3,000 nautical miles at a speed of nine knots and features a composite superstructure and steel hull. The model is fitted with a pair of 715hp CAT C18 engines that allow for a top speed of 14 knots.

The Numarine 32XP has accommodation for 12 guests, including a full-width owner's cabin, an upper-deck VIP cabin and four further cabins on the lower deck. Meanwhile, three crew cabins provide space for a staff of five.