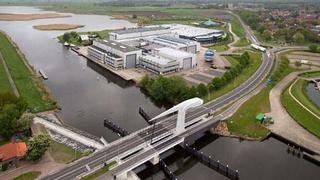 Royal Huisman has reported a new order for hull 395, a sailing yacht coming in just under 40 metres.

The Dutch superyacht builder, renown for its sailing yachts, announced the new order in the most recent issue of its news magazine Inhuis and has confirmed the new order for a sailing yacht of just under 40m. Further details are under wraps at this time, but we will share more as Royal Huisman makes them available.

The Netherlands-based superyacht builder currently has three sailing yachts on its order books in development or underway now. Hull 392 is a 46m plumb-bowed classic pilot ketch (51.8m with bowsprit) designed by Andre Hoek and interior by Redman Whitely Dixon, which has its delivery scheduled for summer of 2014. Also by Hoek is hull 393, a 48m classic sloop with interior by Rhoades Young Design that is set to deliver in spring 2014.