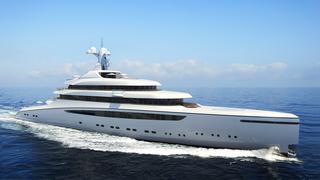 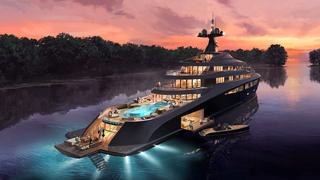 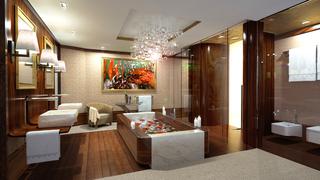 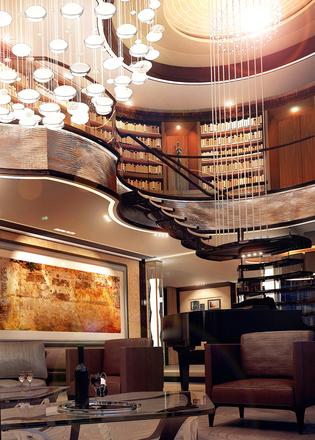 Despite the fact that the exterior styling appears to be modern, the ambition from the builder and the yard is for Radiance to give a feeling of “timeless elegance”. A continuous sheerline draws the eye from stern to the bow, its gently arcing shape complemented by the two-tone paint job with the grey hull and white superstructure.

Radiance’s wow factor is her massive outdoor living space on the main deck, which boasts an amazing and huge superyacht pool as a central feature. Meanwhile, the interior is a collection of architecturally engaging living spaces, such as the double height atrium found on the main deck.

The owner’s deck hosts a spacious owner’s suite as well as two VIP staterooms, while a further four guest cabins on board Radiance will have their own private balconies.

“We are thrilled to partner with Claydon Reeves, a genuine yacht specialist when it comes to yacht design,” says Nobiskrug Managing Director Holger Kahl. “Their passion and dedication to creating unique yachts is already well known. There is a synergy between our two companies that we feel will result in a valuable relationship."

Nobiskrug has been in the news recently for its build of Andrey Melnichenko's 142 metre Sailing Yacht A, which was spotted on the move from its yard in Germany.

The Best Superyacht Pools in the World