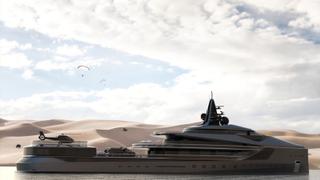 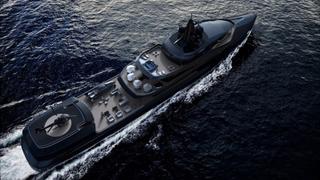 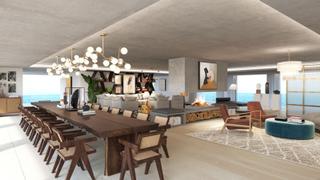 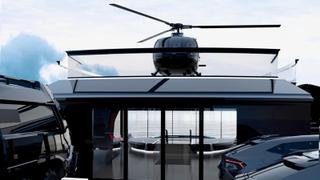 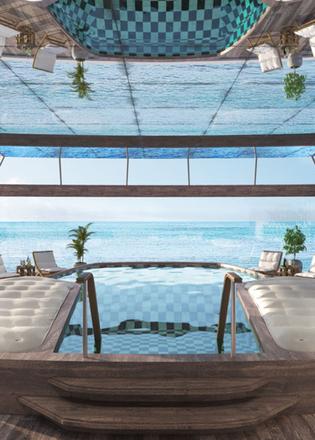 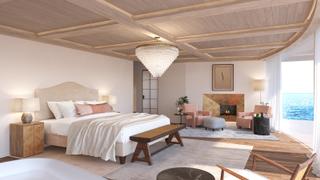 The superyacht concept is named after a meteorite composed of metal and crystals that was found near a Patagonian town. It was unveiled at the Dubai Yacht Show.

The design features a displacement hull with a plumb bow and is designed for extensive cruising in remote, harsh locations.

The diesel-electric propulsion package will allow for a top speed of 16.5 knots and a cruising range of 7000 nautical miles at 13 knots.

“Esquel is equipped with state-of-the-art compact diesel electric propulsion architecture; ultimate engineering to allow uncompromised and autonomous operation throughout the world,” a statement from Lateral said.

The yard described the yacht as the “perfect blend between an expedition vessel and sophisticated superyacht”, combining “pure luxury and comfort.”

Bozca revealed the concept had been inspired by “space rocket” designs.

"While Esquel will not be headed to outer space, she will be capable of journeying to remote corners of planet earth," he said.

“While her lines are stately and chic, she is clearly a no-nonsense, high-tech, go-anywhere vessel that would be equally comfortable in the Med or in the Arctic Circle,” he said.

Interior design has been undertaken by Gina Brennan, who has a background in designing private members' clubs

Interior decor meanwhile has been handed to designer Gina Brennan, who previously worked on the interior designs for Soho House and a number of other private members' clubs. She described Esquel's decor as “cool and casual.”

“While the exterior of the expedition yacht is very masculine and modern, the interior is stylish and warm with comfortable furniture to create the feeling of a home away from home,” she said.

Key interior spaces include a main deck saloon equipped with a large dining table and groups of sofas and chairs gathered around a central fireplace.

A number of communal spaces will sit both inside and outside, one of which will be capable of transforming into a cinema or game room. The yacht will also include a spa and wellness area, including a gym, yoga room and hot tub, as well as enough garage space to accommodate Triton submersible.

The master suite will have “an expansive panoramic portal” for unspoilt views, as well as a lounge and fireplace. The guest staterooms meanwhile have been described as “quietly luxurious”.

The yacht will also include provision for the home-schooling of children, with plentiful accommodation for nannies and tutors, as well as labs, vehicles and tools for “shore exploration.”

“Esquel provides a mobile classroom for young and old alike,” the yard said.

Oceanco has also partnered with expedition specialist Pelorus on the project. The company has provided a number of expedition itineraries for Esquel and will offer expedition support for Esquel owners.