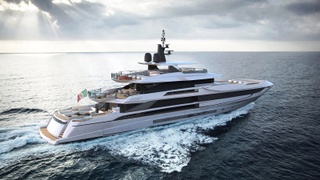 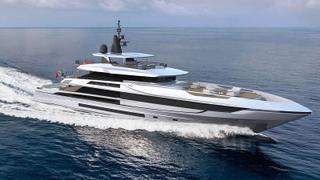 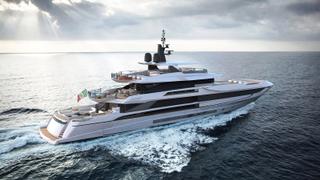 Overmarine has sold the first hull in its Mangusta Oceano 50 series after beginning construction on the yacht earlier this year.

The 50 metre, sub-500GT yacht, which sits in the yard's line of long-range displacement yachts, has been sold to a European owner, who was represented by Moran.

It comes just days after the yard announced it had sold the second hull in its GranSport 45 fast displacement series.

Speaking about the sale, Mangusta commercial director Francesco Frediani said: “The market is beginning to recognise our authoritativeness in the new metal lines too, as proven by the nine units sold since the first Mangusta Ocean 43 was announced (...) More than that, our reputation is now allowing us to secure sales even when a yacht is still at the project stage."

The Mangusta Oceano 50 was designed by Alberto Mancini in collaboration with the yard’s in-house technical department. It features a bulbous steel hull with exterior lines encapsulating its “strong, powerful and sleek personality”, Mancini said.

Key exterior features include two cockpits, fore and aft. The tender garage has been moved to the bow, leaving the stern dedicated to a spacious beach club.

Sitting below the forward cockpit, the garage can accommodate a six metre tender and two Jet Skis. With the toys and tenders launched, the garage basin can fill with water to become a swimming pool.

The yacht’s second swimming pool and Jacuzzi are located on the sun deck, alongside a 12-seater dining table for alfresco entertaining.

The interior styling, also by Mancini, features ceiling-high windows in the main deck saloon and is decorated in a “harmonious blend of elegant and soft, light colours.” Materials include linen and silk in light blue and turquoise alongside white marble and sand-coloured oak. Accommodation onboard is for either 10 or 12 guests, depending on the layout configuration chosen by the owner.