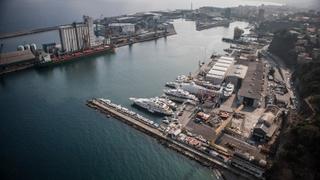 Palumbo Superyachts has aquired the Mondomarine shipyard in Savona, a deal which has been in progress for almost a year.

The acquisition was made official on November 15, with the Port Authority of Savona signing the shipyard over to Palumbo.

The move consolidates the Palumbo Group’s position as the largest refit network in the Mediterranean and East Atlantic.

Mondomarine joins a portfolio which features eight other shipyards located in Ancona, Naples and Messina in Italy, Malta, Marseille in France, Tenerife in Spain and Rijeka in Croatia.

Chief executive Giuseppe Palumbo revealed the deal had been in the pipeline for “almost a year.”

“We strongly believe in the potential of the renowned brand of Mondomarine and the geographic location of the shipyard,” he said.

He added: “This acquisition will further strengthen our position to provide unparalleled service on new builds, refit and maintenance from our unique network of shipyards.”