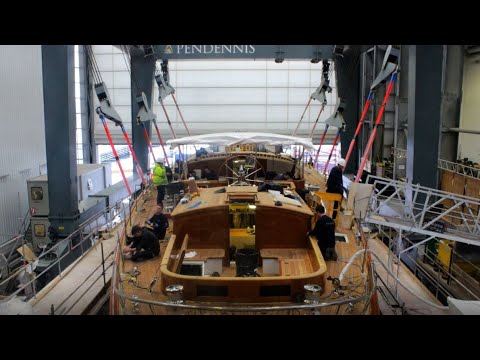 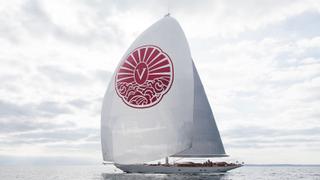 Falmouth based yard Pendennis has released a video showing the sped-up construction of Vijonara, the second hull in the Hoek-designed Truly Classic 128 series.

The time lapse speeds up the 15 month construction of the 38.8 metre sloop-rigged superyacht into a clip lasting just three minutes. It charts Vijonara's journey from a bare aluminium hull to a completely finished, customised superyacht departing on her maiden voyage.

It comes after the yacht made its worldwide debut at the Monaco Yacht Show as the yard celebrated its 30th anniversary with a fly-by demonstration by the Red Arrows.

“This project has been a fantastic experience from start to finish,” naval architect Andre Hoek previously said. “The owners had a distinct vision for her customisation to suit their lifestyle, and she has been optimised extensively for performance.”

A notable feature of her Southern Spars rigging is a 2.85 metre bowsprit that allows Vijonara to fly a downwind asymmetric spinnaker or a Code sail. Meanwhile, the deck layout was optimised to suit the owner’s requirements, with the helm station situated in front of the aft deckhouse, enabling the helmsman to remain in close contact with the guests in the adjacent cockpit.

Moving inside, Vijonara boasts a comfortable layout that was designed around the needs of family cruising. Accommodation is for up to six guests split across three staterooms including an owner’s suite, a double cabin and a twin cabin. Three further cabins allow for a crew of up to five people.

The interior décor is luxurious in tone, with Sapele mahogany flat panelling and traditional detailing, as well as Italian walnut floors with a maple margin seam. The owners collaborated with Hermès to create a bespoke set of interior fittings including the desk area, several sofas, two club seats, and a world map made of leather marquetry.