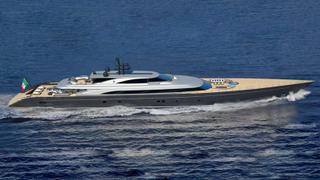 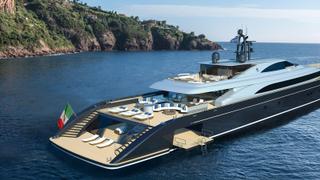 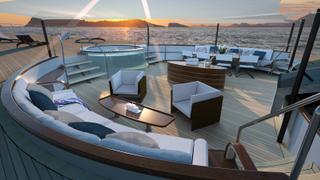 The 2,200GT yacht design features a 15 metre beam and 3.6 metre draft. Made from a steel and aluminium construction, the Argonaut would feature seven staterooms for 14 guests.

The crew quarters would feature 13 crew cabins for 23 crew, plus a captain’s cabin. Two 3600kW engines would deliver a top speed of 20 knots and cruising speed of 14 knots.

The yard said the concept is “one of the purest expressions of the brand’s philosophy and a perfect example of a cross fertilisation from the sailing world”.

It added, “The yacht offers all the amenities and space you would expect to find aboard a 92 metre vessel but packaged in the distinctively graceful design DNA that has made Perini Navi a globally recognised brand.”