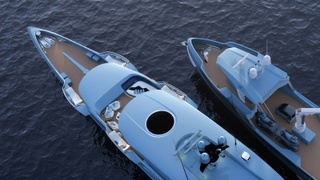 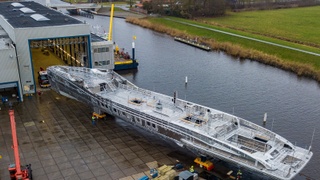 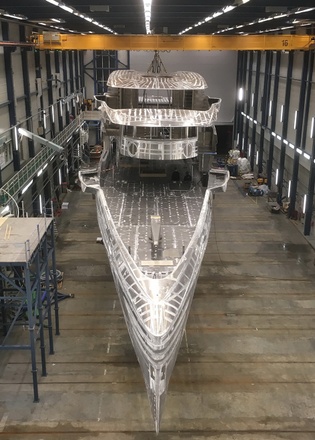 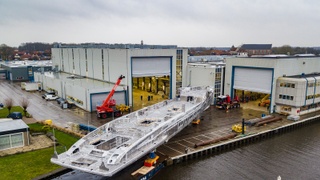 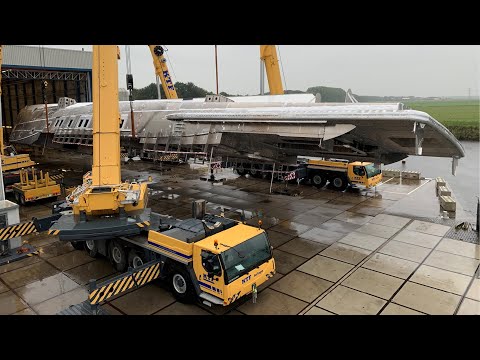 Dutch shipyard Royal Huisman is preparing to join the hull and superstructure of its in-build 55 metre superyacht project Project Phi.

The hull of the fast displacement, sub 500GT yacht has been wheeled underneath the superstructure at Royal Huisman's Shipbuilding Hall 2. The yacht will remain here while further assembly and outfitting of the yacht takes place.

It comes after the hull of the superyacht was turned by four cranes in October last year. Turkish yard Alia Yachts has also revealed it is building the 36 metre shadow vessel to Project Phi, which is due for a 2021 delivery.

Due for delivery in 2021, construction began on Phi's fast-displacement aluminium hull in February last year.

Phi's exterior design comes from Cor D. Rover while the interior design has been penned by Lawson Robb. The yard has revealed that Phi will feature extensive external deck space with proportions governed by the ”Sectio divina”, or Golden Ratio, from which the project takes her name.

"Phi is the formula that governs continuation of dimensions and shapes in natural proportions throughout the design," the builder explained.

Phi's naval architecture has been handled by Van Oossanen Naval Architects. The yacht will come in just under 500GT, utilising Van Ossanen's Fast Displacement XL hull form. Phi is optimised for a maximum speed of 22 knots, and will be gyro-stabilised for added comfort.

Accommodation on board will be for a total of 12 guests, with a staff quarters big enough for 11 crew. The design for Project Phi is the result of many years of collaboration between her experienced owner and Cor D. Rover.

The owner's brief put a priority on the interior spaces, designed by Lawson Robb, to seamlessly continue the principles Phi's forward-thinking design ethos.