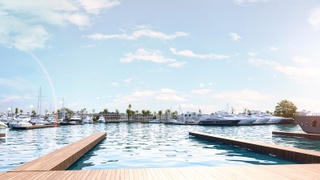 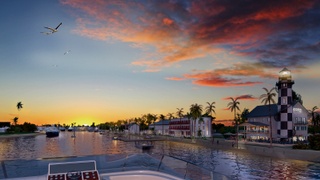 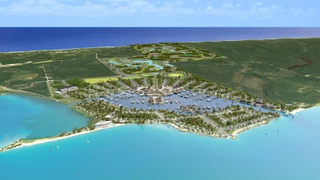 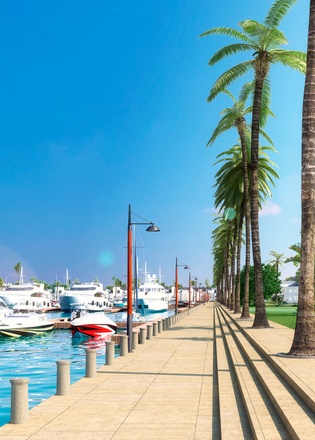 New renderings have been released of the proposed Port St. George marina which, if built, will become the largest marina in the Bahamas.

Plans to build the facility on the northern part of Long Island were first announced by StarPort Resorts Inc at the end of last year. Designed by Studio Hillier, the 640-berth marina will accommodate yachts of up to 30.5 metres in a one mile arc of waterfront.

It will sit in a 882-acre luxury resort which will include a plethora of residential properties, a five-star hotel, culinary school, yacht club and various sports facilities, including an 18-hole golf course. Plans also include the construction of a lighthouse overlooking Exuma Sound.

If built, Port St. George will become the biggest marina in the Bahamas

StarPort Resorts Inc also revealed it is hunting a Blue Flag Certification for the marina. The recognised eco label is awarded to beaches and marinas that have met stringent environmental criteria.

President of the developer, Duane Gerenser, previously said: “Our goal with Port St. George is to offer visitors and homeowners alike an environmentally and socially-conscious escape from hectic, modern-day life.”