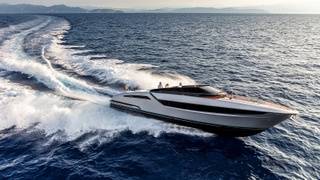 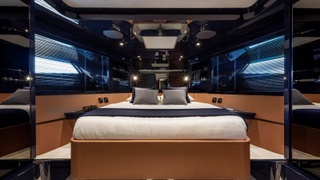 Key features of the automotive inspired model include a curved windshield made with spherical crystals and the high-gloss mahogany of the deck with twenty coasts of varnish.

The model’s rounded stern pays tribute to Riva’s legacy, specifically the Ariston and Tritone models, while also being reminiscent of the rear of a luxury sports car.

A central walkway cuts through two large sunpas through to the cockpit, which is equipped with more sunpads, and a dinette amidships with two large sofas and a central folding table large enough to seat eight people.

The owner’s cabin is located forward and styled in materials in-keeping with the traditional Riva style.

The model is available in all the colours of the Riva range and the first unit will be “regal Silver’ with “bright black” inserts.