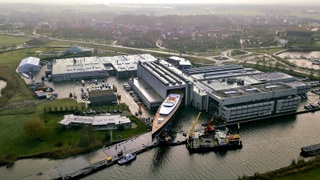 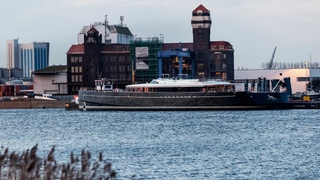 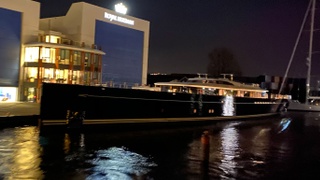 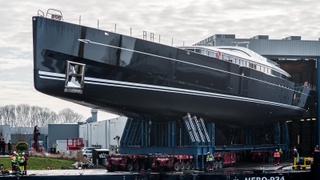 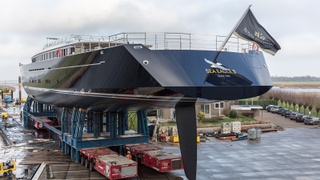 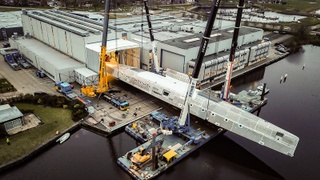 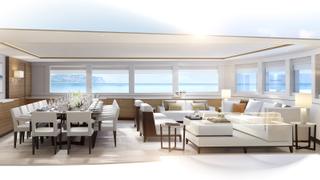 The world's largest aluminium sailing yacht Sea Eagle II has been pictured on sea trials after hitting the water for the first time in January.

The new flagship of the Royal Huisman fleet hit the water on Thursday, January 16. The yacht's carbon composite Rondal Panamax rig was then installed ahead of sea trials.

Sold in summer 2016 by Northrop & Johnson as Project RH400, Sea Eagle II is the largest yacht ever built by the Dutch yard. The yacht will also now enter the top ten largest sailing yachts in the world.

The project was first announced at the 2017 Monaco Yacht Show with the yard revealing that it would be the largest Asian-owned yacht.

The initial design brief called for a "world cruising, fast, comfortable and iconic looking" yacht. This three-masted Panamax schooner also features a plumb bow and carbon rigging by Rondal. Sea Eagle II has been built in aluminium to LY3 standards, with accommodation for up to 12 guests and 13 crew.

“It may look like a contemporary modern sailing yacht now but in 50 years time it will be a classic,” said Dykstra Naval Architects, who was responsible for the naval architecture, as well as working with Mark Whiteley Design on the exterior styling.

This sentiment was also previously echoed by Mark Whiteley, also responsible for the interior, who said the yacht “has a timeless, classic profile with a clean, modern interior”. “It's a yacht that will never go out of style,” he added.

Key features include a large superyacht sundeck with full flybridge controls, while the sheltered cockpit on the deck below features a bar, sofas and a large al fresco dining area. From here, a unique sliding door system, created by Rondal, will provide a seamless transition to the main saloon.

This area has been finished with Alpi Walnut bulkheads and oak flooring, and the layout includes an informal lounge area plus a large dining table that can host up to 16 people.

The forward part of the superstructure will be dedicated to the owner and his guests.

Superyacht water toys on board Sea Eagle II will include water scooters, stand-up paddleboards, kayaks and two tenders, as well as diving equipment. Those looking for a further adrenaline rush can climb aboard the hydraulic crow's nest, which will rise up the main mast and give supreme views out to sea.