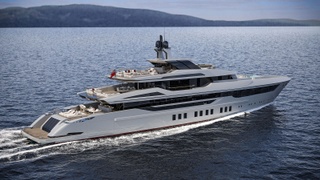 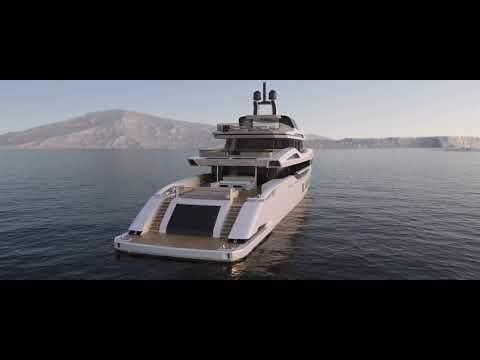 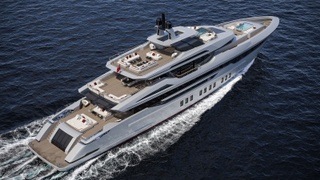 The yard unveiled its original design, the Nacre 55, at the Monaco Yacht Show in 2017. The project has since increased in size and is being built on-spec in Antalya.

The 62 metre yacht will be built in steel and aluminium to a design by Milanese studio Hot Lab with an interior volume totalling 1,000GT. ABS classed and MCA compliant, the Nacre 62 is due for delivery in 2021. The hull is now fully complete while the superstructure remains under construction. Sarp plans to join the two by the end of the year.

Accommodation is for up to 12 guests split across six cabins including a full-beam owner’s stateroom and a double VIP cabin on the main deck. This area can be isolated to provide an owner’s apartment – ideal for the immediate family, a security guard, personal physician, or if the owner and their partner prefer to sleep separately.

Below decks, two further full-beam cabins will boost the Nacre 62’s charter appeal, while two twin cabins complete the guest accommodation. Meanwhile six crew cabins and a bridge deck captain’s cabin allow for a staff of up to 13 people.

Sarp has allowed plenty of scope for customisation – for example the skylounge could be arranged as a home cinema or as a highly sociable conversation space with four L-shaped sofas facing inwards. Whichever option is selected, the private side decks will be easily accessible through sliding glass doors.

Power will come from a pair of 1,500hp engines, supplied by either Caterpillar or MTU, for a top speed of 17 knots. When trimmed back to 12 knots, the Nacre 62 will boast a transatlantic cruising range of 6,500 nautical miles.

Sarp's first launch was a 46-metre motor yacht named La Passion delivered in 2016. Projects currently under construction at the Turkish yard include the first 25.7 metre XSR 85.