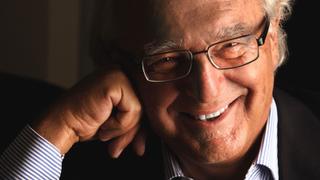 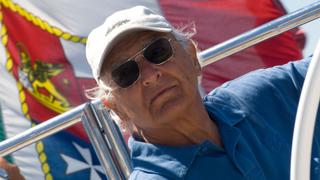 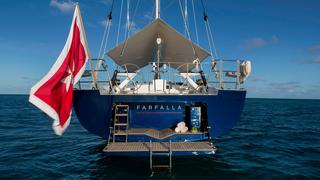 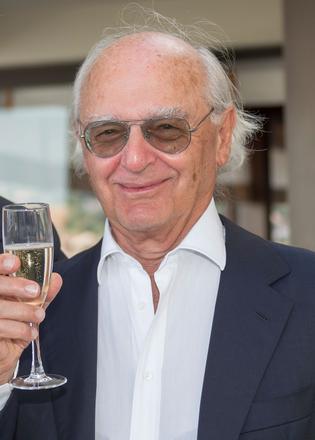 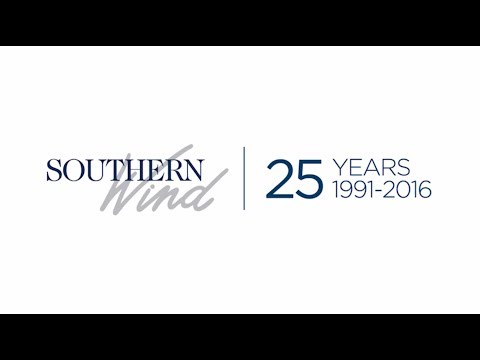 It is with deep sadness that South African shipyard Southern Wind reports the passing of its founder and president Willy Persico, who was 79 years old. Persico has passed away in Genoa, where he has lived since 1970, after having a long-held concern about a serious illness, which he kept hidden even from his closest collaborators with his habitual tact and discretion.

“He was active and proactive up to the very last moment,” says Marco Alberti, Southern Wind's general manager since 1994. “We hope people remember him as a special person with strong values – full of honesty and elegance and who ran his business with such passion.”

Persico was born in Milan in 1939 but was the scion of a notable Neapolitan family and grew up in Naples. He graduated from the University of Naples with degree in chemical engineering in 1963.

Persico was the head of the crude oil procurement division of SIR, an important Italian petrochemical group. He left that role in 1979 in order to lead trading activities at Cameli Petroli, where he was a partner and the vice-president. In 1990, he became the president of Rodriguez Shipyard in Messina, a company that specialized in fast ferries and hydrofoils, which had been bought by Cameli Group.

An experienced sailor, in 1990, Persico commissioned a 72 sailing yacht to be built in Cape Town, South Africa and then decided to take over the shipyard, which was a small operation at the time. “It was a crazy decision but I have never regretted it,” he said on the occasion of the yard’s 25th anniversary in 2016. He renamed the company and founded it as Southern Wind Shipyards in 1991.

For many years, the shipyard built only one project at a time, the Southern Wind 72 designed by Bruce Farr. By the end of the 90s, the yard began building the 91 and 93, designed by Farr with interiors by Nauta Design. Just a few years later, Southern Wind began using carbon fibre construction to build its first 78 designed by Recheil-Pugh and Nauta. Persico considered the long-lasting collaborations that the yard has had with these designers as “precious.”

In 2004, the yard built its first 100. Persico said that he never expected this semi-custom series to be as successful as it was. “I was planning to build just a few,” he said. But by the time of the company’s 25th anniversary they had already launched 13 sister ships.

Innovation was always an important motivator to Persico. In 2008, a current Southern Wind client came back to the yard for his third yacht and inspired the creation of the yard’s the 102 Farfalla.

“The past gives us experience while the future offers new opportunities. Our process of innovation never stops – our aim is to always improve the quality of the product, to this end our 102 Farfalla was awarded with World Superyacht Award for Quality and Value,” he said.

An avid yachtsmen, Persico put his passion into each of the yachts he built. “This is evident in all the boats that Southern Wind has launched and all the owners he has made happy,” Alberti says.

Persico once said: “Our success is not only due to the quality of construction but also to the care and customer service of Pegaso, the marketing company I founded in Italy [in the early 1990s]."

The shipyard was his legacy, and not simply for the yachts themselves, but for the strong team that he built. Persico credited his team with everything he has was able to achieve. “All of this possible thanks to my loyal and motivated team, I am very lucky to have them,” he said.

Alberti and his team members were made to feel like they were part of Persico's family. “He built a special crew, and we are very close knit family,” he says. “So many of his managers, like myself, have been here since the very beginning.”

“It is thanks to his passion, commitment and foresight that over the past few years he diligently developed with his trusted team and left detail plans for the transition towards a new leadership so that Southern Wind will be able to continue his precious heritage and vision,” says Alberti.

At a rate of about three yachts built per year, Southern Wind has delivered 52 yachts ranging 72 to 110 models. Southern Wind's current flagship is the 110 Thalima.

Passionate and dedicated until the end, Persico himself had once said: “I believe ageing doesn’t exist if you don’t think about it and keep playing with boats.”