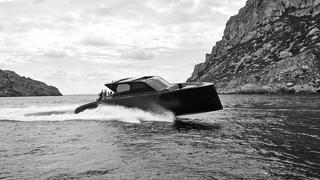 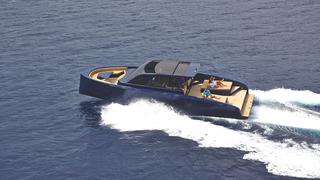 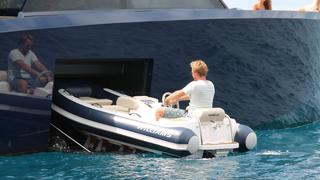 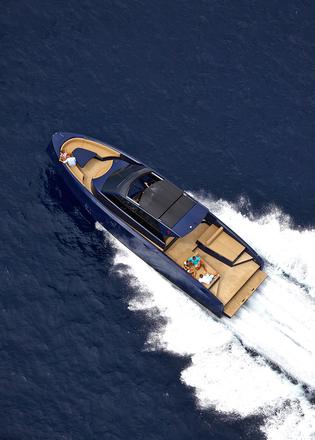 Dutch builders Vanquish Yachts has delivered its first Vanquish VQ50. With lines like a Stealth fighter jet, the 15.8 metre day boat cuts an aggressive figure across the water. The sexy craft has been delivered to her new owners in Ibiza who will use her extensively in the Balearics.

The customisable Vanquish series, including the VQ32, VQ43 and now the VQ50, complement a superyacht as a chase boat or owner’s second boat. The new VQ50 shares its hull design and underwater contours with other Vanquish yachts, while the length and layout can be customised to suit each owner.

The first VQ50 has a personalised design with a higher hull and superstructure to accommodate her very tall owner. The sunroof in the cockpit is taller to enhance headroom as well. Another brief from the client was to have a garage to stow a Williams tender.

The exterior spaces of the VQ50 has an aft deck with room for eight, while two settees seat up to six guests. There is also a foredeck entertaining area that can be shaded by a parasol. Inside is a galley, bathroom and a cabin sleeping two.

The Vanquish VQ50’s performance matches that of her bomber jet looks – she can fly over the water at speeds of up to 40 knots, making her one of the fastest superyacht tenders around. Slowing to a cruising speed of 12 knots, she’s also efficient consuming only 16 litres of fuel per hour.

A second Vanquish VQ50 is already in build, with this one due to be delivered to a client in Mexico.