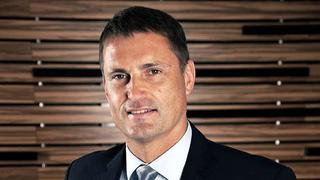 Phil joins Sunseeker after a 25-year career at Jaguar Land Rover, where he was first employed as a graduate trainee. Phil worked his way up the ranks to hold the position of UK Sales Director, overseeing two years of record-breaking sales volume and profit, before becoming Managing Director of Land Rover and then Group Sales Director.

“I am delighted to be joining Sunseeker, a famous British luxury brand that I have always admired,” Phil says. “It is an incredibly exciting opportunity to lead a company that produces the world's best luxury performance motor yachts.

"Tremendous opportunities exist to grow this industry-leading, world-renowned brand and I look forward to working with the Sunseeker team to do exactly that.”

Sunseeker has been without a CEO since July, when Stewart McIntyre announced his resignation and Founder Robert Braithwaite CBE took the reins as Acting President.

Robert Braithwaite CBE says: “Phil’s expertise and wide-ranging experience in iconic brands, manufacturing and international markets made him the perfect choice to continue developing world-class, innovative and dynamic yachts. We are very pleased to welcome him to the team as we develop the next generation of models and continue to strengthen the iconic Sunseeker brand around the world.”

It’s an exciting time for Sunseeker with its 47m superyacht Blush delivered this year, and Sunseeker is building a custom 168 Sport Yacht, set to be their largest yacht yet. Furthermore, Blush, owned by Eddie Jordan, made its debut at the recent Monaco Yacht Show.