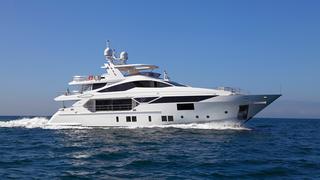 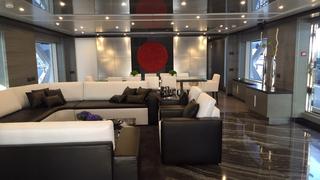 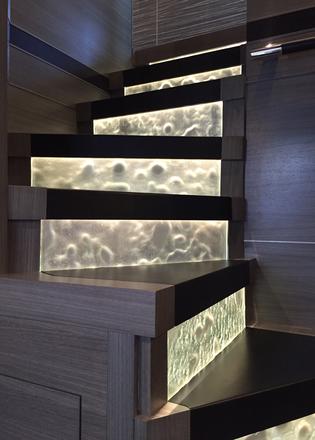 The new Benetti Class Vivace 125 Ironman made her debut at Cannes Yachting Festival this week, where her superhero-inspired design was revealed for the first time.

The young owner was so impressed with the modern high-tech living showcased in superhero movie Iron Man that he wanted to bring this on board his custom superyacht. The interior decor, by Alfred Karram Jr of AKJ Design Concepts, would certainly please the superhero, playboy billionaire and inventor character Tony Stark – Ironman is decked out in a masculine mix of glass, dark grey hues and grey wood, with a black and white ceiling. One of the strongest nods to the superhero movie is the crystal dining room table with steel detailing that gives a clear sensation of technology.

Get a closer look at superhero-inspired Ironman

And as befits a yacht inspired by an inventive superhero, there's plenty of innovation in Ironman's design, too: she benefits from a bespoke Rolls-Royce transmission propulsion. This inspired Benetti to design its wave-piercing D2P Displacement Planing hull, which enhances the already efficient performance pod drives as the hull is optimised around the stern tunnel thrusters and to reduce drag.

Constructed in composite and carbon, the 38.1 metre Benetti Class 125 Vivace Ironman was launched from the Benetti yard in Viareggio, Italy in June this year.

Benetti said the combination of the D2P hull and the Rolls-Royce drives will enable faster performance “without engine strain, or to cruise in displacement mode at an economical speed with much greater range.”

Her interior is styled by UK firm Redman, Whiteley, Dixon alongside Benetti's in-house team, and she welcomes 10 guests in four staterooms and a full-beam, main deck owner’s suite. Seven crew and a captain can be accommodated as well.

The Benetti Vivace 125 is RINA LY3 classes and flagged to the British Islands.