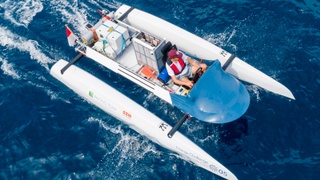 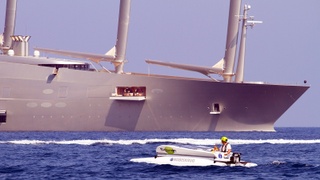 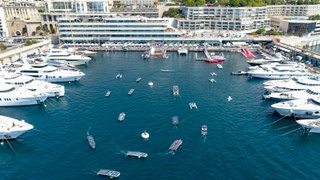 After five days of exhilarating racing and insightful presentations, the sixth edition of the Monaco Solar & Energy Boat Challenge closed on July 6, 2019. The event, which saw 34 teams from around the world taking part in the Challenge, ended with the announcement of the racing and Tech Talk winners.

Held in collaboration with the International Powerboating Federation (UIM) and Prince Albert II of Monaco Foundation, the event showcases solutions for sustainable yachting as alternatives to the use of fossil fuels. Alongside racing between eco yachts, the event highlights the work and ideas of professionals and researchers in the yachting and energy sectors who are supporting innovation.

Such developments are of great importance to the president of the Yacht Club de Monaco, HSH Prince Albert II. After meeting with exhibitors and contestants, HSH Prince Albert II encouraged participants by saying that the “training and educating of our young people, their development, creativity, awareness and involvement are the guarantors of a better future”.

The 2019 edition saw intense racing; the solar fleet managed to complete the first three-hour, non-stop race of over 20 nautical miles in a testament to the technological advances being made in the sector. The Dutch teams continued as reigning champions with wins in three different categories, and France clinched the prize in the newly launched Energy Class.

Representatives of the yachting industry included German shipyard Nobiskrug and marine motor company Torqueedo, who presented a fleet of electric tenders. The Yacht Club de Monaco also took the opportunity to announce the launch of its Zero Emission Committee Boat – a 100 per cent eco-friendly catamaran – for all future regattas and events organised by the club.

Speaking at the event, the Yacht Club de Monaco’s General Secretary, Bernard d’Alessandri said: “The Monaco Solar & Energy Boat Challenge is contributing to the thinking on yachting’s future. Through this event and as part of the project to make Monaco a yachting capital, the Principality is providing a crossroads for experiments of the industry, engineers, boatyards, students and owners in their bid to meet the energy and environmental challenges facing the nautical sector.”

This year’s edition of the challenge saw over 400 participants and approximately 1,000 visitors involved at the event. The 7th edition of the Monaco Solar & Energy Boat Challenge will be held between June 30 and July 4, 2020.

Winners of the 6th Edition of the Monaco Solar & Energy Boat Challenge:

All images courtesy of Carlo Borlenghi.

Going for green: Designing the interior of a sustainable superyacht

Does the eco-friendly superyacht exist?