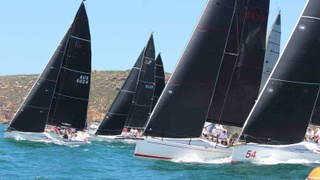 The Royal Prince Alfred Yacht Club (RPAYC) in Australia and the Royal New Zealand Yacht Squadron (RNZYS) are joining forces to host the Sydney to Auckland Yacht Race 2021. The race will begin in Sydney Harbour on 30 January 2021 and finish in Auckland Harbour in time for the 36th America’s Cup.

The two yacht clubs are known for their historic rivalry, which organisers hope will help to attract sailors from both sides of the Tasman Sea, as well as yachts who are in the area for the America’s Cup. The challenging Category 1 race will see superyachts, offshore cruising and racing yachts and ocean racing multihulls compete to cross 1,250 miles from Sydney to Auckland. A number of Grand Prix offshore yachts have already expressed their interest.

The Sydney to Auckland Yacht Race will also include a rally for cruisers who are keen to take part without pushing themselves to the limits of the race boats. The RPAYC will organise seminars to help prepare owners and crew in advance of the race. “We have great experience organising extended cruises, having recently organised a cruise to Tasmania and the Coral Coast,” explains Leon Wilson, Rear Commodore Cruising of the RPAYC. “The program of seminars and access to experienced skippers enables those that are new to distance cruising and racing to get the assistance and support from those that know the challenges.”

The end of the Sydney to Auckland Yacht Race will also correspond with the 150th anniversary of the RNZYS, which is the current home of the America’s Cup trophy. New Zealand is defending the Cup in 2021, with the America’s Cup Match, presented by Prada, to take place from 6-21 March.

“Having recently been at the helm for the 150th Anniversary of the RPAYC, the opportunity to join our great friends at the Royal New Zealand Yacht Squadron to celebrate theirs is going to be fabulous,” says RPAYC Commodore Michael Lockley.

Yachts that head down to the Southern Hemisphere for the 2020/2021 winter season will have plenty to keep them busy, whether participating in offshore racing or spectating. First, there is the Offshore Classic in December, followed by the Rolex Sydney to Hobart Race at the end of that month. Then yachts can head over to New Zealand for the Sydney to Auckland Race and enjoy the America’s Cup races and festivities. Yachts from around the world will gather in Auckland to watch a competition between J Class yachts, superyachts, the Prada Cup Series, and, of course, the America’s Cup Match itself.

“It [2021] is a massive year for us at the RNZYS and will certainly go down as the biggest year in our history,” says RNZYS Vice Commodore, Aaron Young. “It is fantastic to be able to get the Sydney to Auckland Yacht Race back on the sailing calendar and we are already incredibly impressed with the high calibre of yachts that have expressed their interest.”