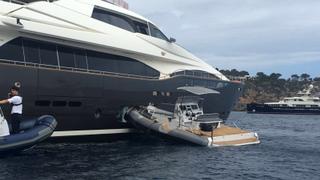 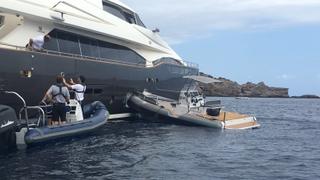 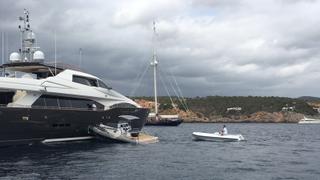 Tender crashes into superyacht in Ibiza

A superyacht tender has crashed into a superyacht in Ibiza, according to images that surfaced on Facebook today (July 14).

Reports claim the tender crashed into a 38 metre Custom Line yacht, suggesting the tender originated from Le Grand Bleu but this has not been verified.

Two crewmembers were allegedly driving the tender and fell off, according to the original poster of the photos. He claimed they weren’t wearing a kill cord and reported that it circled for 15 minutes whilst doing 30 knots.

The tender hit another yacht twice before it smashed through the hull of the Custom Line superyacht.

The post on Facebook racked up 50 comments within the first few hours, with many questioning the behaviour of the crew driving the tender.

It’s not known which yacht the tender crashed into, but some have suggested it is Lady Dia, a 37.81m Feretti Custom Line superyacht that was delivered in 2011.