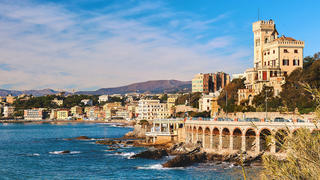 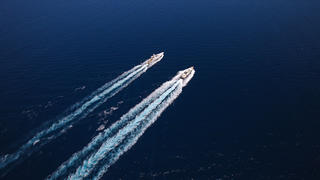 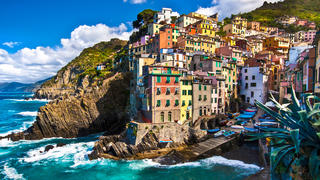 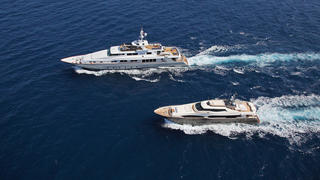 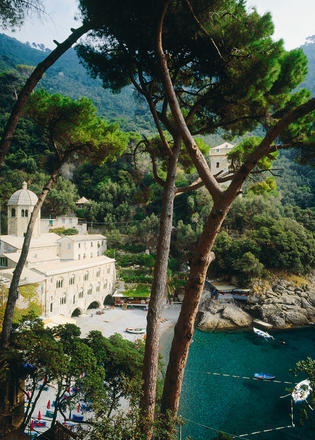 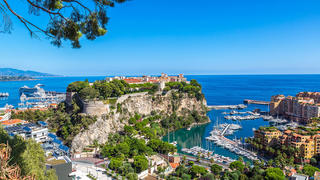 Twice as nice: tandem yachting from Genoa to Monaco

Is one superyacht enough? Nigel Tisdall takes a tandem charter from Genoa to Monaco to find out why more and more people are renting two boats at a time

Arriving in Genoa in the spring sunshine is doubly thrilling when you know your voyage around the Golfo di Genova will be by tandem yacht charter. The term is a little misleading; as anyone who has ridden a tandem bicycle knows, the person at the back always feels like they are doing all the leg-work, while your companion up front gets to look pretty and drink in all the views. At sea, it is closer to a pas de deux, with two yachts dancing together, but also enjoying their solos.

There are many ways such pairings can work but the common aim is to enable large groups of people to cruise together on premium vessels. Larger yachts can carry as many as 26 guests but, except for a handful of the most exclusive and fabulously expensive marques, most offer less luxury and intimacy than moderately sized yachts. As Robin O’Brien, a Fraser Yachts charter broker based in Fort Lauderdale, explains: “Although those boats are of great value at times, they have to meet certain standards and you do get more of a cruise ship feeling.”

On this trip there are 14 of us, evenly split between two yachts that have a close relationship. Both were built by Italian yards and are based in Livorno, and their Namibian and Italian skippers have known each other for three years – a key factor in the relaxed, sociable ambience on board.

Captain Anthony O’Shann and his smartly uniformed crew stand in line on the deck of the 49.5 metre Benetti motor yacht Rima II. Sparkling white in the Italian sunshine after a total refit last year, her star features include a generously sized sundeck, with sunken spa pool, an owner’s deck and seven cabins with serene Asian-style interiors. Alongside lies Rima II’s companion, the 37.8 metre FerrettiLady Dia, with her dark copper-colour and white hull, and chic pared-down design that houses five cabins.

I would happily stay on either boat, but might some guests on a tandem charter feel they have drawn the short straw if they got to stay on the smaller one? “Of course, everyone wants to stay on the big yacht!” says Valeria Alekhina, a Russian charter broker with Fraser Yachts who is based in Nice. Last winter she organised a top-of-the-game tandem charter, pairing the 68.15 metre Sycara V with the 58.2 metre Carpe Diem for a Christmas and New Year extravaganza in St Barths, complete with musicians flown in from St Petersburg.

Who stays where depends on how the charter has been arranged. Sometimes one client books both yachts, on other occasions two charterers choose to voyage together. But guests are unlikely to feel too hard done by given the ultra-high standards of comfort and service on today’s top yachts – and besides, a fundamental virtue of going tandem is that you get to enjoy the best of two worlds.

There is much about Rima II that I like: relaxing on the huge sundeck as we speed along is a particular joy, and her greater size and stability make her the better choice for those who are not great sailors. On the other hand, Lady Dia has a neat and uncluttered feel, with a younger style and a very attractive private seating area on the foredeck.

As we voyage around the Italian coast, one thing becomes apparent: how loyal and attached you become to the yacht you are on. Maybe it’s the way Rima II’s Swedish chief stewardess, Lisa Forss, prepares the Bloody Marys (secret ingredient: a dash of port – see next page for full recipe), or O’Shann’s unflappable style, which makes us feel in safe hands.

Although we are sailing à deux to the same anchorages each night, there is great flexibility in what we do during the day. One morning, for example, some of us decide to walk among the Cinque Terre, a string of five traffic-free fishing villages that hug the steep coast west of La Spezia. Others are more inclined to stay on the water and play with the toys – our combined arsenal amounts to two jet skis, four SeaBobs, a pair of sea scooters, plus waterskis, wakeboards and various inflatables, including (yay!) a yellow banana. Add in two tenders and a combined total of 17 crew, and these tandem guests want for nothing.

In the evening we all meet for dinner to hear about the events of the day and laugh at the photos. On the first night we dine on our respective yachts, in my case tucking into divine scallops and sea bass by Rima II’s Kiwi chef Hadley Corban. The next night he pulls out all the stops to welcome everyone from Lady Dia aboard for a formal dinner featuring prawns, chicken ballotine and tarte au chocolat – the saloon here being large enough for us all to sit at one long table. Later on in the voyage it is the turn of Andrea Musetti, Lady Dia’s Italian chef, to return the compliment with a lavish 1920s-themed buffet that includes home-made pasta and pesto, super-fresh fish and panna cotta.

While my party has chosen two similar yachts, there are many other pairings. Sometimes families take a tandem charter with one boat principally used by adults and the other reserved for children and their carers – this works well for a multi-generation holiday. At other times a client will take a large motor yacht for their party while the “supernumeraries” (nannies, security guards, therapists, secretaries) are assigned to a smaller one; a recent example of this was matching 61.5 metre Esmeralda with a 28 metre Sunseeker. Or you could pair a lead yacht, such as the 65 metre Imagine, with the 26.8 metre Coca VI in the secondary role – having less draught, the latter could go into a private bay where the water is too shallow for the mothership.

Having yachts of different sizes also helps where it is difficult to get into a port. “Last summer Lady Dia teamed up with another 50 metre yacht to spend a very successful week in Saint-Tropez,” explains her captain Massimiliano D’Arliano. While the larger yacht stayed at anchor, he tied up in the marina so guests could enjoy the town and beach clubs, then escape to peace at sea.

In a similar way, some clients like to pair a sailing yacht with a motor yacht, using the first for racing and sport and the second as a more luxurious place to stay and entertain.

A good match for this would be the 45.7 metre Ionian Princess and 51.7 metre Prana. If you really like sailing, a duo of catamarans makes sense – or maybe more. “Last winter I arranged a combined charter of four 25 metre catamarans sailing around the BVIs,” explains the Chinese broker Florence Xing. “One family took each boat, and it was a very happy week.”

As we sail west we admire the mountains of Liguria, then stop at Portofino. Here we laugh at the bizarre David and Goliath combinations on the quayside, with superyachts such as the 48 metre Alexandar V resting beside tiny traditional wooden boats still used for fishing. “That’s taking tandem charter too far,” one guest quips. Some of us walk up to Castello Brown, others make straight for the Pucci and Missoni boutiques, while a few, it has to be said, get no further than the Winterose wine bar.

If there is a downside to tandem yacht charter, it is that it requires a considerable amount of organisation. Charter managers, captains, crew – they are all unanimous about this extra workload. A large guest list means, as O’Shann puts it, “a lot of fingers in the pie”. Plans change, people dither, run late, not to mention all those dietary requirements. In a busy place such as Portofino, for example, 14 of us can’t just turn up unannounced at a restaurant – which is why our incessantly forward-thinking skipper has booked us into the Belmond Hotel Splendido for a dreamy lunch of trofie pasta, baked sea bream and raspberries in puff pastry.

Back on board, our last stop in Italy is Loano, with its grand new marina and yacht club, and a long raised promenade that seems purpose-built as a jogging track for crew working on their bella figura. From here it’s a breezy three-hour sail west to Monaco, our disembarkation point.

After a week sailing the Mediterranean in such grandeur, we all find it a bit of a shock to return to the real world, where you have to make your own decisions and pour your own drinks. And the verdict on tandem charters? As one fellow guest puts it, “Double the money, treble the fun.”

48 hours in Monaco away from your superyacht during MYS