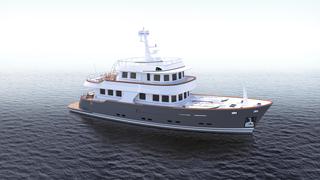 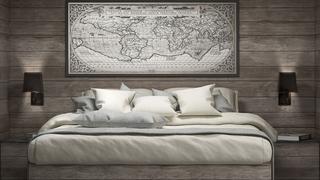 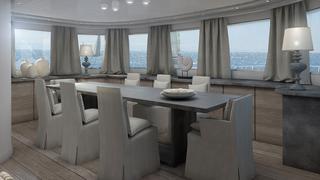 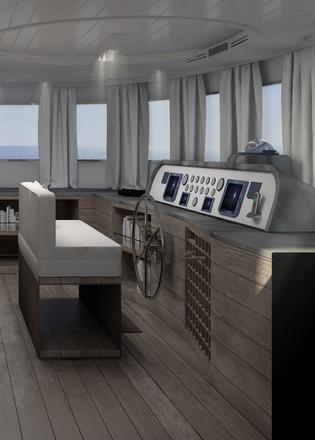 The takeover took place in the summer of 2015 and since then, the Italian company has been re-working several pre-existing designs.

Led by CEO Massimigliano Zilioli, the new staff has been working on three models. The Terranova T85 New Style is the first to be revealed, while information on the two other models, the T68 and the T115, is expected in 2016.

The interior of the Terranova T85 New Style, which has been designed in-house, is fully customisable to suit any prospective owner's needs. The layout has been designed to maximise the liveable areas, with substantial open spaces on the main and upper decks.

The accommodation area on the lower deck features a spacious aft master cabin, two twin guest cabins midships and a VIP cabin up forward. Crew cabins in the bow have a separate entrance to help provide privacy for the guests.

Renderings of the interior of the T85 New Style

The technical department at Terranova Italian Yachts has reportedly conducted an extensive study of the engineering side of the design. Two Caterpillar C.9.3 diesel engines will deliver a top speed of 12.5 knots. The T85 New Style is also expected to have a notable range thanks to the 3,962-gallon fuel tank.

The yard has claimed the T85 New Style is “the ideal solution for ship owners looking for a vessel that is sizeable and comfortable at the same time.”

Once work is completed to re-launch the shipyard, they are expected to restart building several models at facilities either in Viareggio or Pisa.