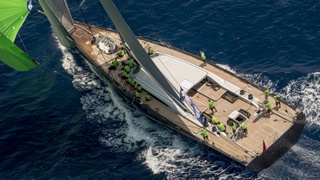 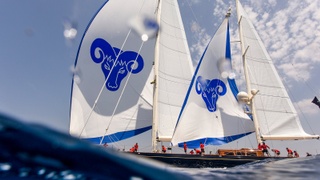 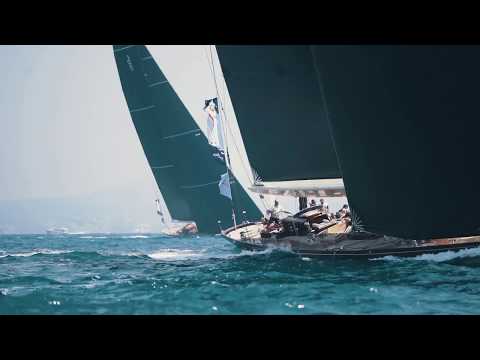 The first day of fast and furious racing in the 23rd Superyacht Cup in Palma got underway on Thursday with the entire 13-strong superyacht fleet taking to the water.

Class A kicked off the Pantaenius Race with a tight tussle between two Baltic sailing yachts. The 34 metre Baltic yacht Nilaya crossed the line first, closely followed by the 33 metre WinWin and finally the 32.5 metre Green Marine yacht Open Season.

But, true to her name, it was WinWin which crossed the finish line first and was declared the winner on corrected time, leaving both Nilaya and Open Season in the shade.

Skipper of WinWin Ryan Taylor said: “It’s very exciting to be back again for the fourth year in a row and we are just trying to keep up the standard and repeat our performance this year.”

Meanwhile in Class B, defending Superyacht Cup champion Velsheda, looked to continue her winning streak, taking the crown in her class with fellow J-Class yacht Topaz just 15 seconds behind and Missy in third.

Class C was the closest run race of the day with the top three boats – Huckleberry, Bequia and Kealoha, separated by just 37 seconds on corrected time. But ultimately it was Huckleberry which took the Class C crown in the first day of racing.

Kealoha skipper James Saddington said: “It was great out there, a few things worked in our favour and the crew really gelled today. We thought we would be sailing close with Bequia as well but it’s great that we are so closely matched with Huckleberry. There’s a lot of fun happening on board, with a happy crew and a happy owner.”

Following the first day of racing, crews, owners and guests caught up at the Southern Spas Happy Hour. Racing continues on Friday, June 21 with the ultimate Cup winner announced on Saturday.