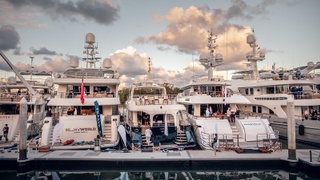 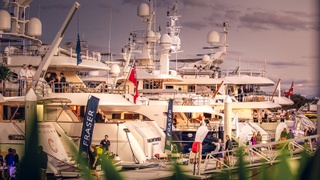 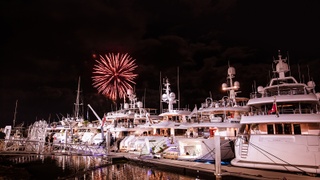 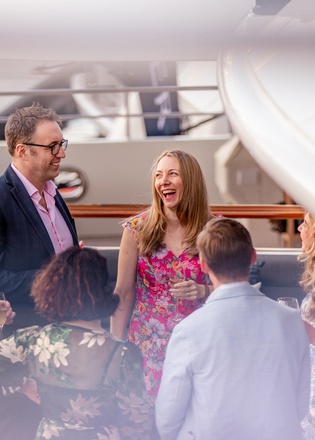 Superyachts for charter or sale, such as Silentworld, Summerwind and Masteka 2, attended the two-day event, which took place from May 17-18.

Held to showcase the country’s charter market, as well as its refit and repair services, the rendezvous included a programme of invitation events running alongside.

The events programme kicked off with the first ever Benetti Australian Yachtmaster on May 16, which saw more than 60 captains and crew members learn the latest news from the builder’s two Italian shipyards.

The next day more than 180 owners, captains and industry experts attended an industry round table, which saw animated discussion take place on the growth of the region’s superyacht industry.

Finally, the two-day event concluded with a Yacht Hop on Saturday, which saw invited guests admire more than 20 attending supercars from brands such as Porsche and Ferrari before yacht hopping the line-up of luxury superyachts.

An elite fleet of 20 superyachts attended the event

The rendezvous' bustling social programme concluded with a VIP Gala on Saturday, which carried a tropical Australian rainforest theme.

Trenton Gay, chief executive of GCCM, organiser of the Australian Superyacht Rendezvous, said the event had become “bigger and stronger” on its third edition.

He added: “As more superyachts across the globe look to migrate to the southern hemisphere – the message is that Australia and the Asia Pacific are readier than ever with the cruising grounds and marine re-fit and repair infrastructure that is second to none in the world.”