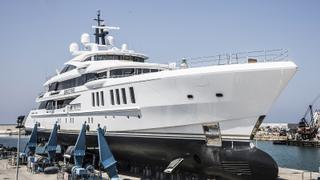 The announcement, which comes ahead of the Cannes Yachting Festival, will see Franco Fusignani, manager of the Benetti Business Operations Line, take over the role.

As chief executive, Fusignani will focus on new product development and the continued operation of the company’s Livorno and Viareggio sites. In his new role, Fusignani will also sit on the Azimut-Benetti board.

Poerio meanwhile will dedicate himself to a “new entrepreneurial challenge”, and work on his family farm, according to a statement from the yard.

The company paid tribute to Poerio’s “beautiful years of intense and fruitful work”.

“He has always worked with generosity, and without ever putting aside the good of the company, of his own collaborators, and of the clients, and, under his guidance, Benetti has built and sent out many, stunningly beautiful ships,” it said in a statement.

The move has sparked a wider reshuffle, which will see engineer Christos Ramnialis step into the role of vice president of development for the Business Line. He will continue to open new markets, launch new products and focus on strengthening the brand, specifically in Northern Europe, the company said.

More details about the management changes will be revealed at the Cannes Yachting Festival.