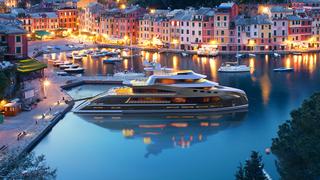 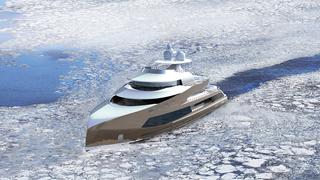 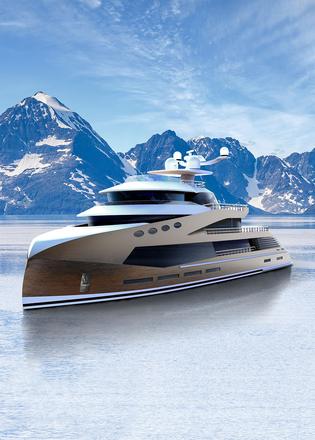 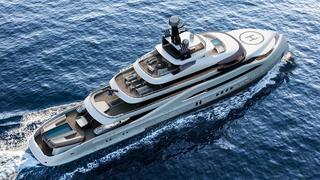 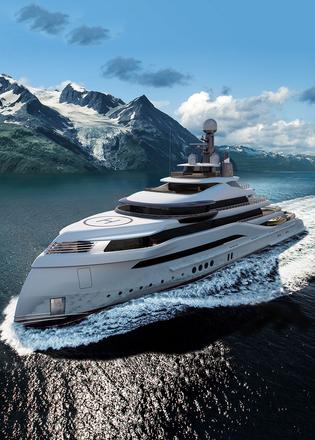 Hawk Yachts has revealed designs for two new explorer yacht concepts. The 56 metre Cape Hawk and the 75 metre Sky Hawk are both designed "to go further and do more".

The designs have been revealed by the team at Hawk Yachts following interest in the 103 metre Sea Hawk exploration yacht concept that was revealed in October last year.

Renderings of the 56 metre Cape Hawk visiting polar regions and docked in a mediterranean port. "A sea-worthy vessel can and should still be glamorous in the prestige ports of the world."

Both yachts are designed with adventure in mind, but not at the expense of luxury. Guest expedition preparation rooms and a science lab provide facilities for research and exploration, while a winter garden and a fireside lounge give a choice of areas to relax at the end of a long day.

Other important features provide the ability for the yachts to spend a long time away at sea, including cooled garbage storing facilities and means for garbage crushing and shredding.

The 56 metre Cape Hawk has a range of 6000 nautical miles at 16 knots and six weeks of storage for provisions. And no matter where the yacht may be in the world, its 12 guests will have 500 square metres of living space to enjoy.

The 75 metre Sky Hawk, designed by Marco Casali, has an expected range of 7,500 nautical miles, and enough storage for 8 weeks at sea

The 75 metre Sky Hawk, designed by Marco Casali, has an expected range of 7,500 nautical miles at 16 knots, and enough storage for 8 weeks at sea. A touch and go helipad on the foredeck and 10 metre expedition tenders are some of the added features of the larger version.

“Our belief is that functionality should be at the forefront of design, but not destroy beauty” said president of Hawk Yachts Matthias Bosse, who has considerable experience in all conditions and climates, serving as master on large yachts and expedition cruise ships for more than 20 years.

Bosse believes it is “this practical experience that leads to highly functional sea-worthy vessels”. The design company aims to combine this practicality with the aesthetics of a luxury superyacht, with Bosse adding “a sea-worthy vessel can and should still be glamorous in the prestige ports of the world”.

The two new projects from Hawk Yachts will be officially introduced at the Düsseldorf boat show (23-31 January).

7 incredible ice destinations to visit on a superyacht