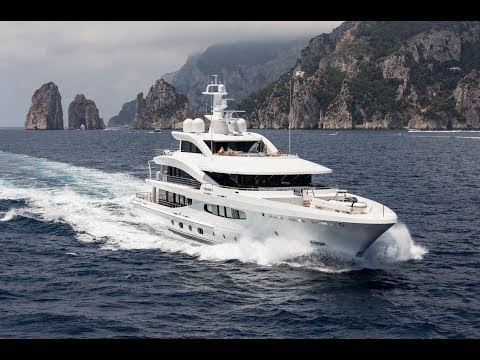 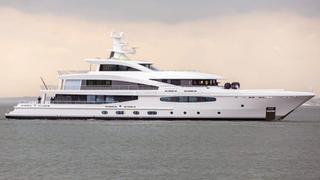 Amels has released a video capturing Volpini 2 on her inaugural cruise of Capri after being delivered last month.

The first hull in the Dutch boatbuilder's Limited Editions 188 series, Volpini 2 is seen cruising the crystal clear waters off the Italian island.

The 57.7 metre displacement yacht was delivered last month at Amels' yard in the Netherlands. She was sold in 2017 with SYM Superyacht Management’s Ben Young overseeing the build on behalf of the owner, a repeat Amels client.

He thanked Amels for delivering Volpini 2 “on time and on budget. “The entire Amels team were a real pleasure to work alongside with each and every person getting behind the project to deliver,” he said.

First introduced at the 2015 Monaco Yacht Show, the Amels Limited Editions 188 is the eighth design in this highly successful collection, which has spawned more than 20 hulls over 52 metres since the first Limited Editions 171 Deniki hit the water in 2007.

The 188 features a 10.6 metre beam that allows for a spacious interior totalling 970GT. Accommodation is for 12 guests split between six cabins, including an owner’s cabin measuring 80 square metres, a VIP cabin on the bridge deck, two doubles and two twins. The crew quarters allows for a staff of up to 13 people.

Amels design manager Hans Konings said the yacht’s design was “an important milestone for Amels". “We’re very proud of the technology innovations that have gone into her design, the culmination of our Amels 188 Research and Development programme, which we started in 2014.”

During the yacht's launch in April, Heywood said, "She's a design that I am very proud of" and noted clever design features such as flying buttress used as an architectural feature in the centre of boat which conceal electronic cables and save space.

While Volpini 2 carries forward the familiar look of the Limited Editions lineup, Heywood pointed out tweaks such as moving the hand rails and guard rails outward aft, which makes decks look grander, and adding windows in the aft door, which "makes a big difference when cruising as it gives more light [to the interior]".

Pascale Reymond of Reymond Langton Design said of the new project, "It's challenging, because we're used to designing for individuals. We have to look at design in different ways when designing for a Limited Editions yacht." She describes the interior concept of the Amels LE188 as having some areas of calm, some with drama and a contemporary but not cold motif.

Volpini 2 is the first hybrid powered Limited Editions yacht — she features Amels' own hybrid switchboard and Amels waste heat recovery systems. The yard believes that this system could offer a €150,000 return on investment over a three year period.

Volpini 2 has a top speed of 15.5 knots and a transatlantic cruising range of 4,500 nautical miles when trimmed back to 13 knots.

Other superyacht projects currently under development at the Dutch yard include a 78 metre full custom project, which is due for delivery in 2021.