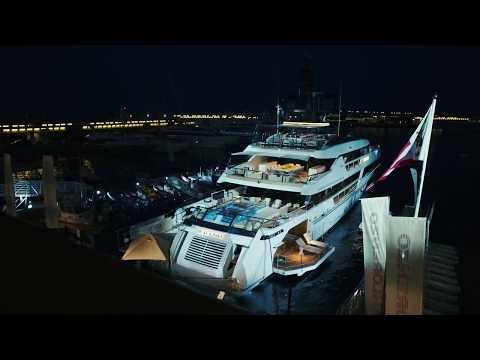 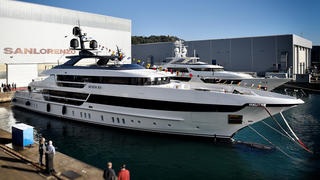 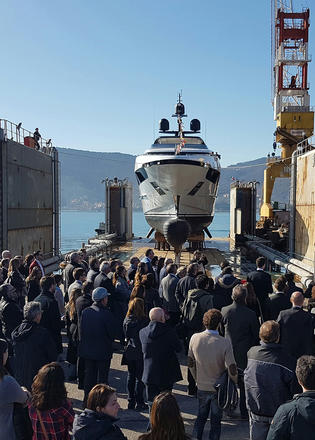 The largest Sanlorenzo yacht to date, the 52 metre Seven Sins, has been delivered to Monaco, where the Italian yard hosted a lavish preview event at the Yacht Club de Monaco over the weekend (June 3-4).

Styled inside and out by Officina Italiana Design, Seven Sins hit the water for the first time in January at the yard's La Spezia facility in the presence of her Belgian owner. Her delivery voyage took place last month and this new video gives us a tantalising glimpse of her saloon and beach club.

According to the builder the new model has been created to “combine the classic Sanlorenzo design with the latest stylistic trends”. Key features include a spacious saloon with huge windows to allow plenty of natural light, while the upper deck includes a large living space and formal dining area.

The design also incorporates a large rectangular pool aft on the main deck, with a transparent floor to allow light to filter down into the expansive beach club. This area contains a superyacht gym and floodable storage space for an eight metre tender, as well as fold-out side sections for direct access to the sea.

The owner’s cabin is located forward on the main deck, with a further five guest cabins on the lower deck. There is also accommodation for nine crewmembers.

Two Caterpillar 3512C engines will give her a maximum speed of 17 knots and a range of 4,400 nautical miles when cruising at 11 knots. Following her maiden season, Seven Sins is due to go on display at the 2017 Monaco Yacht Show.

The 52 Steel marks another important step for the Italian builder as it looks to expand its range of steel superyachts. Last year Sanlorenzo purchased a third site – Cantieri San Marco in La Spezia – which has now been named Sanlorenzo Superyachts. As well as the second 52 Steel model, two 460 EXP models and the new flagship Sanlorenzo 64 Steel are already in build at the new facility.

6 tropical destinations the Sanlorenzo 460EXP is perfect for exploring on

Water baby: 17 of the best charter yachts for having a dip

6 cold destinations you need to explore with the Sanlorenzo 460EXP