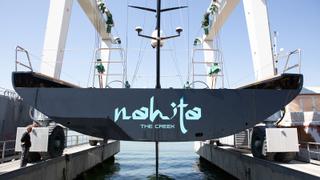 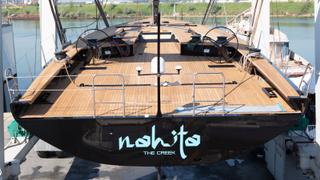 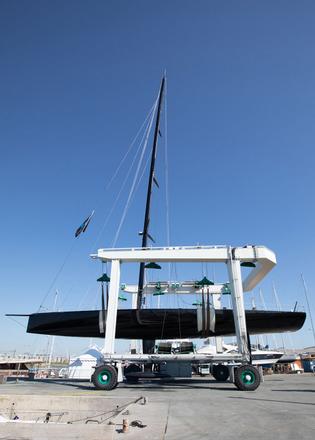 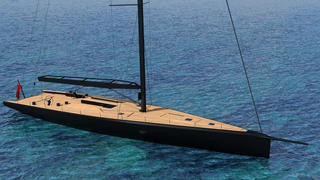 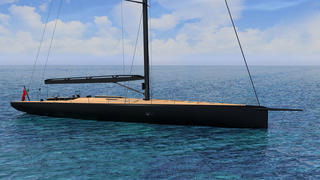 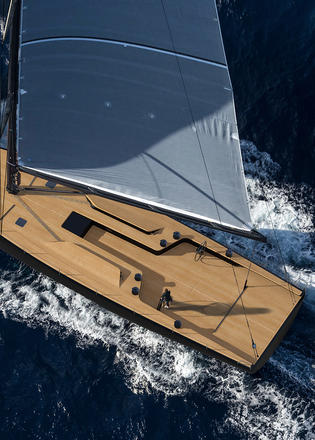 The 28.3 metre Wally custom sailing yacht Nahita has been launched at the Performance Boats facility in Marina di Ravenna, it has been confirmed. This new cruiser-racer was sold to a repeat European client and keen racing yachtsman in an in-house deal last year.

Wally founder and president Luca Bassani, who developed Nahita’s exterior profile, explained that the use of modern construction techniques allowed the overall displacement to be kept to just 35.5 tonnes, comparable to the owner's previous Wally 80 yacht, which was launched in 2009.

The naval architecture for this composite-hulled racer-cruiser comes from Judel-Vrolijk, who had previously worked on the Wallycento yacht Open Season. Meanwhile, in a first for Wally, Sans Tabù collaborated with the yard on the interior design.

Take a closer look at Nahita

Accommodation is for six guests in three en suite cabins, including an owner's suite in the bow, while the compact crew quarters allows for two members of staff back aft. Interior styling is being kept under wraps for now, but the yard promises that it will “open up a new route in light displacement yacht decoration”.

Highly performance focussed for light to medium conditions, Nahita features an amidships centre of gravity to minimise pitching. For this reason, the saloon is situated forward of the mast. Her North sails are particularly large for a yacht of this size, while the deck gear is by Harken, Blew Stoub and Winmar.

An artist's impression of what Nahita will look like when complete

Rolf Vrolijk of Judel-Vrolijk added: “This new design is streamlined for the Wally Class racing circuit. The yacht will have the ability to start surfing with 16 knots of wind, and will easily exceed the true wind speed.”

Auxiliary power will come from a single 255hp Steyr diesel engine for a top speed under power of 12 knots. The mast and boom are both courtesy of Southern Spars and a lifting keel will allow the draught to be reduced from 6.2 metres to 4.5 metres.

Nahita will now undergo sea trials ahead of her planned regatta debut at the 2018 Maxi Yacht Rolex Cup in September.