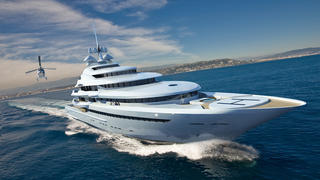 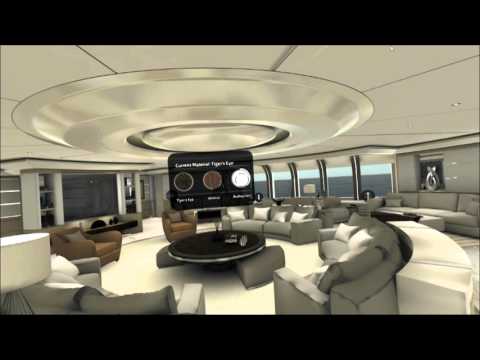 YPI teams up with H2 Yacht Design for Project Raptor

Featuring naval architecture by yachting and cruise ship specialist Robert McFarlane, Project Raptor was designed to allow any potential owner to extend the hull by up to 15 metres.

Jonny Horsfield, owner and creative director at H2 Yacht Design, said: “The combination of commercial-based engineering and construction with superyacht design is an attractive one — offering both time and cost savings.”

He added that the concept’s large fixed balconies were designed to be both imposing and graceful. Key features include a Jacuzzi and superyacht helipad on the bow, while the superstructure allows 270 degree views out to sea from the top four decks. The Project Raptor concept is completely open to customisation with buyers able to alter the entire profile above the main deck without any repercussions on the shape of the hull.

Yachting Partners International used Oculus Rift VR googles to allow visitors to the Monaco Yacht Show to virtually step inside Project Raptor. This interactive experience allows users to switch out the artworks on the walls, alter the lighting conditions and understand the dimensions of the yacht.

Mark Duncan, commercial and marketing director at YPI, added that this technology is likely to prove highly influential in attracting new clients: “This is not a gimmick. This is using today’s technology to take the uncertainty out of building your own yacht.”

Video: The 5 rules of yacht design by H2 Yacht Design