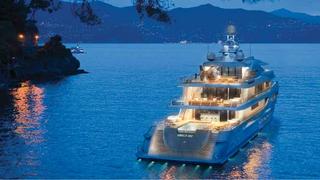 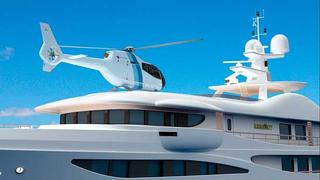 Amels Limited Editions  bridging the gap between custom and semi-custom

In 1997, Dutch shipbuilder Amels built a 49.99 metre yacht named Tigre d’Or, which was to have a big influence on the way motor yachts would be built and marketed. For one, she was the first yacht to be built to the requirements of the Large Yacht Code, which lays down safety standards for construction and equipment, plus professional standards for the crew. The owner of Tigre d’Or had a new business plan in mind, for as soon as his yacht was delivered he placed it on the market and ordered another one, more or less the same. This enabled a second purchaser to obtain a virtually new yacht without the usual three to four years building delay.

Finally, eight yachts were built that shared the same basic hull, engineering and layout but had individual interior designs. Previously, it had been thought that owners of yachts this size would never accept a semi-custom approach but Tigre d’Or showed that provided the concept was good, the building standard first class and all the equipment was the best available, then many owners were not too concerned if their yacht was part of a series. In fact, they could appreciate the value of a proven design combined with a short delivery time.

Amels became part of the Dutch family-owned Damen shipbuilding group in 1991 and later moved from Makkum in Friesland to another of the group’s yards at Vlissingen where there was much greater potential for expansion. Under Damen, the idea of semi-custom building was strongly reinforced because the parent company had been using standard design naval and commercial vessels for the past five decades.

It was therefore decided that Amels would build all its yachts in ‘Limited Editions’ and would build speculatively, so as to achieve short delivery times. Listening to what owners wanted and being able to fully customise the yachts quickly was paramount to its success, and has led to the introduction of the 177, 180, 212, 242 and recently the sale of the first 199.

The appeal of the Limited Editions concept is that owners are buying a customisable yacht that has been designed and engineered on a proven Amels platform. This yields all the benefits of custom construction without any of the headaches or nasty surprises. ‘Because we’ve done all the hard and time-consuming work up front, the engineering, the design work and so forth, the decisions about personalising and individualising the yacht are generally the ones that the owner enjoys the most,’ says managing director Rob Luijendijk.

The yachts use named designers, but the hull design and engineering share common values which are already drawn, which means around 50 to 60 per cent of the work is already done. You get the expertise of the Amels design and engineering department; Amels complete outfitting; a steel hull with aluminium superstructure; pedigree equipment, for example and Heinen & Hopman HAVC and Quantum stabilisers; and Lloyd’s classification as standard.

What happens behind the topsides is pretty much what happens in any custom yacht. The budget is set by the yard and designers have to work within these parameters. For the design package you have industry heavyweights; for the first Amels 212 Tim Heywood for the exterior and sun deck and Andrew Winch Designs for the interior. Andrew Winch explains, ‘Doing the design this way means that there are no egos, it’s a collaboration between the owner, shipyard, designers and the top end fit-out company Metrica.’

The price is well under that of a premium custom yacht although the quality is better because all ‘bugs’ have been eliminated. Engineering is brought to a higher level because it becomes cost effective in the building of multiple units. Other yards could do this but most would lack the financial strength to enable them to build the first boat in the series without an order. Amels hardly needs to worry about this as it is already dealing with an order backlog and of course each example becomes a little easier, quicker and cheaper to build. Price and value have ensured that the Limited Editions concept has remained successful even through the hard economic times of recent years.

Compared with a full custom build of comparable size and premium quality, Amels can produce a Limited Editions yacht in about two years rather than four. With 10 projects delivered in the past four years, all on time or ahead of schedule, plus another 11 projects under construction, Amels has the track record to justify its claims.