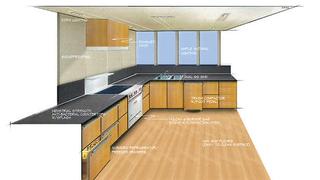 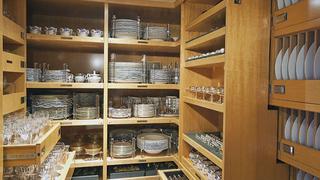 Crews' views on the best layout for a yacht

Crew turnover is one of the biggest headaches facing yacht owners. A common misconception is that if an owner pays well, the crew will love their jobs. A high salary will only go so far in retaining good crew if living and working conditions aboard are unsatisfactory – or, more precisely, if the yacht is poorly designed.

In many layouts, crew flow and functions, technical spaces and critical behind-the-scenes necessities, such as storage, are not prioritized and maintenance access points are a last-minute concession. A poorly designed yacht, as any experienced owner will confirm, is hard to maintain and more expensive to run. In the end, owners will have spent more money and time than if they had given the hidden functionality of the yacht the same careful attention as systems, amenities and guest areas.

Sometimes the philosophy of form over function and following residential trends may lead to spaces that are beautifully styled and decorated, but impractical in terms of layout and function. The most experienced yacht designers underscore the importance of consulting with experienced crew in the early stages of design.

The Maritime Labour Convention 2006 (MLC), drafted by the International Labour Organisation (ILO), may make including a crew member on the design team a necessity, as the convention contains criteria for crew accommodations and living and working environment that will pertain to and significantly impact the design of all charter yachts when it comes into force in 2013.

In the meantime, if the priority of space was given over to crew, what would the perfect yacht look like from their perspective?

In terms of size and construction, many captains suggest that the yacht’s size be between 45.7m and 70m to allow access to the popular ports.

‘The ever-increasing size of yachts is a problem for berths,’ says Captain Bob Corcoran of the 76.8m motor yacht Samar, ‘but as long as the owners understand that commercial harbours may be their only alternative, I don’t see a problem.’

A semi-explorer motor yacht design with a large, seaworthy bow would provide the most stable platform for owners who like to travel. At the very least, at-anchor stabilizers are highly recommended, as are bow and stern thrusters capable of counteracting 30-knot winds on the beam.

Wraparound decks should be incorporated, along with owners’ terraces, to eliminate the need for crew to go outboard on a harness to clean the windows daily.

There is, perhaps, no greater request from crew than ample storage. Captain David Clarke of the 73m motor yacht_ Laurel_ acted as her build captain and was able to influence the yacht’s design so as to incorporate the most sensible and efficient layout for crew operations.

‘We followed two philosophies during Laurel’s build,’ he says. ‘The first was that equipment was to be in one of only two places: where it is being used or where it is stored. The second rule was that any space greater than one cubic foot needed to incorporate storage of some type.’

To ensure that these philosophies were adhered to once Laurel was complete, Captain Clarke created a detailed tracking system that monitors every single storage space and its related equipment.

Wasted space is a sign of a poor design. Think creatively and find ways to incorporate hidden storage where it is needed most. Aboard Laurel, alfresco social areas are designed with adjacent units housing all glassware and settings for meals and hors d’oeuvres service.

Equipment should have dedicated storage as well. A shaft alley could handle the line storage; deckhead compartments could house the swim ladder and handrails. Efficiencies like this will to make a crew member’s function easier and improve service.