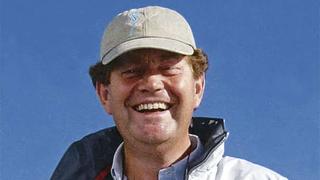 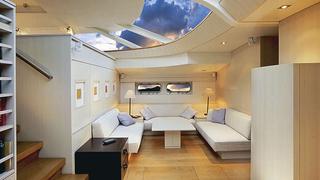 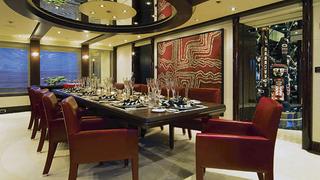 In November 1988, Boat International introduced ‘one of the youngest designers now making a name for himself in the increasingly competitive and rarefied world of superyacht design’: Andrew Winch. This whiz kid, the piece asserts, ‘has yet to establish an identifiable studio character, although this has clearly been an advantage in gaining a foothold among the established designers.’

Nearly a quarter of a century later, Winch sits in a converted fire station by the Thames in Mortlake, west London. Weeping willows rustle by the balcony and a cool breeze off the river fills the office.

‘I still don’t have a studio character. I don’t want one,’ says Winch, before reassuming a beatific smile understandable in a man who has so successfully worked his raw talent into polished achievement.

Winch set up the studio with his wife Jane in the 1986 on the premise that she would deal with finances, contracts and management, leaving the designer to design. It has been a successful arrangement that has allowed the company to expand from two to 45 employees, and made Winch one of the most in-demand yacht designers (both interior and exterior) in the world. His professionalism and amiability have also made Winch one of the best liked.

Indeed, after half a lifetime in the business Winch counts as friends many designers who do have studio characters – and he takes pains to say he respects and admires their work enormously. It’s just not his style.

‘What I hope owners want from Andrew Winch Design is something original, of the highest quality, where it’s both emotionally charged and very relaxing. You go in and say “Wow”, but you sit down and say “Aaah”. It should relax you,’ he says.

Drawing out this emotional reaction with a completely individual design is an art form in itself. An owner goes to Winch because he has an idea or feeling that he wants the designer to interpret for him.

As a result his interiors, for example, include such diverse yachts as the 1989 ShowBoats Award winner, the ultra-modern Cyclos III (1989), the native art-inspired Slipstream (which won the 2009 Superyacht Society best interior award) and the palatial Al-Mirqab (for which the designer won the Best Yacht of the Year at the 2009 World Superyacht Awards). To create such designs Winch has to delve into an owner’s mind and pull out a dream yacht that he did not fully comprehend himself.

‘We are a tool to deliver something better than they could have imagined themselves – but it’s their road,’ says Winch.

‘You’ve got to have chemistry and want to do this together. You ask them lots of questions – and you shouldn’t be embarrassed. Which side of the bed do you sleep on? Do you like using the left or right hand basin? Do you want to share a bathroom with your wife? Do you like to sit at the head of the table or the middle of the table? Some clients hate to be at the head because they like to be in the centre of the conversation,’ he says.