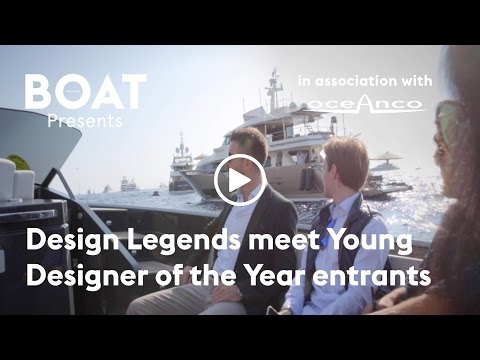 Some of the biggest names in superyacht design passed on their words of wisdom to aspiring designers at the Monaco Yacht Show this year.

Tim Heywood, Espen Øino and Patrick Casanova were among the special guests at the Young Designer of the Year 2017 breakfast in association with Oceanco. In the video below they give their top tips for how to get ahead in the superyacht industry:

Laura Pomponi, CEO and founder of Luxury Projects, urged the young designers to “be curious and search for innovation”, while Heywood recommended being “the first person in the office in the morning and the last person to leave at night”.

As well as the entrants for this year’s award, the event was also attended by previous winners including Stefano Vafiadis, who scooped the top prize in 2013, and last year’s winner Timur Bozca. Both agreed that winning the award had a huge impact on their careers, with Vafiadis adding: “It really gave me wings because after that I was recognisable by key people in the industry.”

After breakfast at the Oceanco stand, the young designers were treated to an exclusive tour of the Bay of Monaco where some of the world’s largest superyachts were anchored. This gave them the chance to admire these incredible vessels up close and get inspiration for their next project.