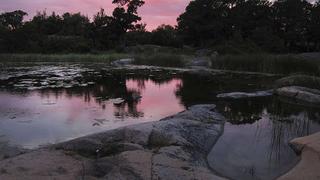 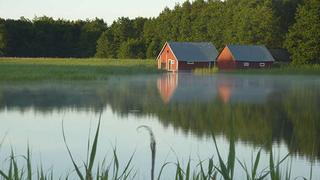 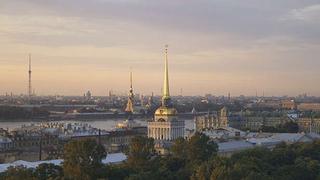 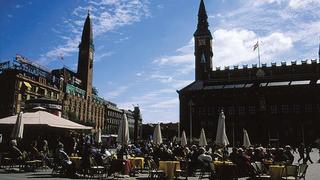 A discovery charter around the Baltic capitals

_Kirsten Ringsing discovered yachting in 1992 following a successful career in the international circles of art and diplomacy. Danish by birth and fluent in English, French and the Scandinavian languages, her involvement in the business and social circles of dignitaries at the highest levels of government and society proved to be excellent preparation for becoming a talented international charter broker.

In July 2007 Kirsten teamed up with ex-colleagues to create YACHTZOO. Throughout Kirsten’s time in the super yacht industry her forte has continued to be arranging complex charters for large groups, which she seems to do effortlessly despite long hours spent toiling on the details

Here Kirsten gives her expert opinion when chartering around the Baltics.

Due to the dramatic change in seasons, Stockholm is ever evolving. During summer days where you can expect around 20-hours of sunshine a day, enjoy carnivals, street theatres, quaint markets and many other festivities. The city is also famous for over 100 galleries and 70 museums, with a city bursting with activity, you’ll surely find your niche. Or you can simply join the masses, sit, drink coffee and watch the world go by.

An important part of any Baltic Sea cruise is to visit the Stockholm Archipelago consisting of around 30,000 islands, stop at one of the many uninhabited island such as Sandham.

After winning World Design Capital 2012, there is little wonder that design is at the very heart of this city. Its collection of galleries, museums and architecture allows its visitors to find something to interest them no matter whether looking for something cool, stylish, quirky or contemporary.

Try a selection of the amazing and diverse art galleries, the functional yet elegant Olympic stadium from the cancelled 1940 games to the maritime fortress of Suomenlinna, both make a great day trip. However, just wandering around the city is a treat in itself, sample the warm doughnuts at the Hakaniemi Market Hall or stop for spot a lunch in one of the city’s many traditional restaurants.

The capital of Estonia is filled with a wonderful combination of medieval history and rich culture. The cobble-stoned old town offers a wide and versatile range of entertainment for all. After gaining independence in 1991, Tallinn gained a reputation for optimism and was rewarded by receiving the Unesco World Heritage City award in 1997.

Behind the medieval city walls are pastel-coloured buildings and winding cobbled alleyways presenting a wonderful selection of eateries with fresh local produce. The new town sprawls in typical Soviet style, but the city is booming and is within the world top 10 of Digital cities.

A sweeping archipelago of over 6,000 islands located between Sweden and Finland, in the Baltic Sea. A curious geopolitical entity that belongs to Finland, speaks Swedish, prints its own stamps, has its own parliament and proudly flies its own flag.

Åland is very popular in the summer months with both the Swedes and Fins enjoying the outdoor life.

Was it an inspired decision by Peter the Great to build St Petersburg on a swamp? Known as Russia’s window to the west with a network of canals, baroque and neoclassical architecture the city has a distinctly European flavour – owing to the Italian architects who created the city.

St Petersburg is a fascinating city to visit with a wonderful patchwork history- it was the Petersburgers that incited the Russian Revolution, ushering in 70 years of communist rule, and many years later it was this city that encouraged democracy when the tide began to turn.

Legendary for its ‘White Nights’ in those long summer months when the sun barely dips below the horizon. St Petersburg entices its visitors with a delectable mix from the Tchaikovsky operas, Rastrelli’s architecture and even some edgy art galleries.

Riga has undergone a period of change in the past few years, experiencing somewhat of a new Renaissance. With a reputation for one of Europe’s most vibrant night life scenes, Riga is also home to the largest concentration of German Art Nouveau architecture in the world. The largest city of the Baltic states, Riga has a beautiful coastline if the wild city centre scene becomes too much for you.

As an alternative, you could try a trip to Jurmala, once a popular retreat for the Russian royal family and communist bigwigs. During the summer months you’ll be welcomed by spectacular natural beauty and excellent health spas.

Steeped in history, Copenhagen has Europe’s oldest monarchy and is known for being one of the continent’s most dynamic cities. Big enough to contain a wide and varied range of attractions, yet small enough to be intimate and easy to navigate.

The best way to start your day in Copenhagen is with a traditional pastry from a bakery and watch the residents buzz about jossling for position in between the medieval and rococo buildings amongst a smattering of canals. Some might not realize that Copenhagen enjoys a well deserved reputation as the gourmet capital of Europe.

The must sees on your list are the Christiansborg Palace, Botanical Gardens the Rosenburg Castle, with the highly rated Geranium restaurant and obviously the museum of Art and Design where you’ll get to understand the influences that inspired Danish design gurus such as Henningsen, Klint and Jacobsen.