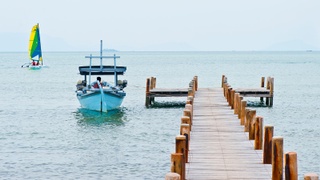 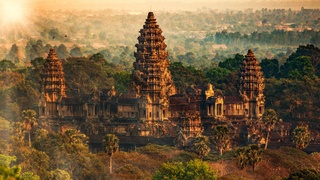 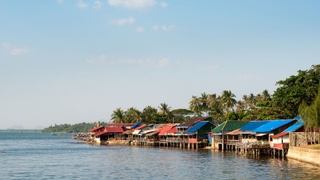 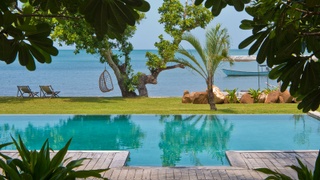 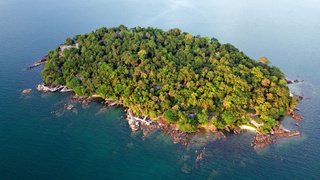 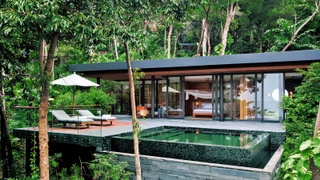 Cruise Through Cambodia on Your Next Superyacht Holiday

Cambodia is slowly becoming a serious destination for superyachts. Sophia Wilson reviews the new hotels and most beautiful beaches along the Cambodian coast.

"Does Cambodia have a coastline?” was a question I was asked on more than one occasion when I told people of my upcoming travel plans. The answer is yes, more than 200 nautical miles of it, but it’s not completely surprising that people aren’t aware.

The country's traumatic history is well known: from 1975 to 1979 he brutal Khmer Rouge regime was responsible for the deaths of more than two million people. Over the past four decades the country has worked hard to rebuild its economy, and tourism is a key focus for its exceptionally young population (more than 65 per cent are under 30 and the median age is just 25, compared to 40 in the UK). The attention has mainly been on the Temples of Angkor, which lure in the culture vultures, group tours and backpackers, while the rocky coastline, with idyllic beaches, forest-cloaked islands and aquamarine waters, has slipped under the radar. But now Cambodia’s riviera finally looks set to get its share of the limelight.

In the 1960s towns such as Kep (formerly Kep-Sur-Mer) on the southern stretch of coast were booming. Known as the Saint-Tropez of South East Asia, Kep’s one kilometre of pebble beach used to attract the Cambodian royal family and Phnom Penh’s golden youth for weekend getaways; Jacqueline Kennedy and Catherine Deneuve were even spotted on its shores.

Part of the appeal was its notoriety as part of the modernist architecture movement, with more than 200 Le Corbusier-inspired villas built along its shore and up its leafy hillsides. Kep’s social circle enjoyed the good life in these spacious abodes with days spent at beach parties on Koh Tonsay, the largest island of the nearby Kep archipelago, and evenings splashing the cash at the town’s casino.

Left as a ghost town after the rise and fall of the Khmer Rouge, Kep is one area that is slowly regaining its reputation. Leading the charge is Belgian-born Cambodian national Jef Moons, who purchased a collection of derelict buildings on Kep’s seafront in 2003 and set about resurrecting them as a luxurious but understated getaway. “Everything has to be real, it’s still a work in progress,” he explains as he shows me around the property, which consists of three villas that formerly belonged to the governor of Kep, a relative of the King. Now called Knai Bang Chatt, which means “a rainbow encircling the sun” in Khmer, the design is the epitome of wabi-sabi chic: tastefully designed bedrooms feature traditional Khmer beds, rainfall showers, mid-century wooden dressers and hand-picked antique ceramic pots.

Days quickly slip by in this calm oasis, lazing on giant beds by the turquoise pool or reading in one of the beachside swinging chairs. When you’re looking for a bit more activity, you can wander across to its sailing school, which provides a small fleet of Hobie Waves and Hobie Cats and is also training up locals, with the aim of moulding a Cambodian team for the 2023 Southeast Asian Games in Phnom Penh. The shallow waters of the bay – mostly less than five metres – provide perfect sailing conditions (as long as you manage to avoid passing thunderstorms).

It’s equally tempting to simply count down the hours between meals, with the hotel’s Strand restaurant serving up modern Cambodian cuisine on a table formed from a giant tree trunk, under a thatched roof. With a focus on local produce – 60 per cent of the fruit and vegetables come from its organic garden – standout dishes include local fish fillet with lemongrass, peanut and chilli sauce, and crab cakes with smoked red pepper puree. It could give many restaurants in the Côte d’Azur a run for their money.

The town is still getting used to having tourists back in its midst but that is part of its charm and the best way to experience the place is by traditional tuk-tuk. A two-minute drive takes me to its bustling crab market, which is stacked high with shacks selling crab, shrimp, squid and some more questionable catches, including stingray. The fresh fish in the steaming afternoon humidity creates a pretty pungent aroma but it’s fascinating to watch the predominantly female store owners collect crabs from the freshwater pots and barter for the best catches. From there my guide takes me to see some of the many ruins of the modernist villas that lie in the quiet roads behind the shoreline. Now just shells of buildings, having been stripped of materials of any value during the Khmer Rouge period, twisted roots grow through their once grand interiors. They stand as an eerie but poignant reminder of Cambodia’s past.

Outside the town, the roads turn to red sand tracks and the verdant countryside is dotted with small villages and water buffalo. My tuk-tuk stops outside what appears to be an abandoned concrete building, which my guide then explains is actually a bird’s nest factory. Known as swiftlet hotels, these buildings are used to attract swiftlets that make nests from their saliva. The nests are then harvested and used to make bird’s nest soup, considered a delicacy in China. More than 100 of these factories have been built in Cambodia for export purposes.

Another key export from the region is Kampot pepper. These farms are the closest that the area gets to formal tourist attractions, with many of them now offering guided tours and small gift shops. However, this could be about to change as a new deep-water port is planned 20 nautical miles away in Bokor, near Kampot, which could see cruise ships, and potentially superyachts, visiting the area. Only a handful of superyachts have ventured into Cambodia’s waters recently, mainly due to a lack of support for visiting vessels. “There is no infrastructure in place to assist in any way at all,” explains Nigel Plaskett, owner-operator of 41-metre Ocean Emerald, which is available for charter with Camper & Nicholsons. “You have to rely on local people to help.” For those wanting to cruise here, Plaskett recommends a joint itinerary with the Koh Chang area of Thailand. “It is very nice and it’s only 30 miles on to Cambodia so it makes sense to do a trip combining both locations,” he explains.

Plaskett’s suggested itinerary for Cambodia focuses around its southern islands near Sihanoukville, such as Koh Rong and Koh Rong Sanloem, which are roughly 50 nautical miles from Kep. This is also where 67.2-metre sailing yacht Vertigo, available for charter with Y.CO, stopped during her Asia tour in 2011. “We cleared in at Sihanouk where our guests embarked after they spent a week exploring inland, which they loved,” recalls Barry de Kock, her captain. “We then sailed 30 miles south-west to Koh Tang, which was a stunning island with few inhabitants that we could see. It had a wonderful beach, so we enjoyed a beach barbecue and spent the night on anchor. Navigation was tricky throughout owing to the thousands of unlit boats. However, we did leave wishing we had more time and there is no doubt the place has much potential.”

Since Vertigo visited, investors and leading luxury hotel brands including Six Senses have started to spot the potential of this smattering of emerald islands to the south. The spa and sustainability-focused chain opened its first hotel in Cambodia on the island of Krabey in March. Just 15 minutes by tender from Sihanouk, the resort comprises 40 villas, all with private pools, dotted on the hillside scattered with twisting strangler fig trees and barking bullfrogs. “It’s exciting,” says general manager Alistair Anderson. “For the first time Cambodia is a luxury destination in its own right.”

As soon as I arrive at its private jetty, I am whisked off on a sparkling white golf buggy through the forest-lined paths to its cliffside reception. This area is also home to its sunset bar, AHA restaurant and main infinity pool, which has panoramic views back to Sihanoukville. The views from the glass-walled villas are equally spectacular, especially from the egg-shaped baths, and make the most of the island’s natural beauty.

Krabey is set up for action with a state-of-the-art gym, extensive watersports centre and a spectacular over-water wooden walkway around most of its circumference. However, as many of its guests arrive worn out from hiking to temples in the heated heartland, there is also plenty of scope for R&R, especially at the sprawling spa. Sitting at the top of the island, it has remained true to Cambodian modernist style, with volcanic stone and natural woods. Guests are invited to have a wellness screening on arrival that measures key physiological biomarkers in less than 60 minutes by using finger oximeters and non-invasive electrodes. However, if this sounds a little too Brave New World for your liking then there are plenty of more traditional spa treatments.

On my final morning I awake for yoga on the roof above the spa, with 360-degree views and powerful fans that keep you blissfully cool from the heavy humidity. It’s a space that could make even the most ardent materialist feel a tiny bit Zen. While the resident yogi seamlessly contorts himself into shapes reminiscent of Cirque du Soleil and I attempt not to fall flat on my face, I reflect on my time in Cambodia. The country is certainly a long way behind its neighbour Thailand when it comes to superyacht infrastructure, but it also has an authenticity to it that few cruising destinations can still offer. With China investing heavily in the region and the word of its natural beauty getting out among the travel community, these serene waters won’t stay the same for long. If you want a taste of the real Cambodia, now is the time.

The 15 best beaches to visit this winter

Off the beaten track: the world's wildest superyacht berths

Start with a bang: the hottest superyacht spots for New Year's Eve