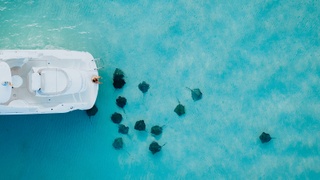 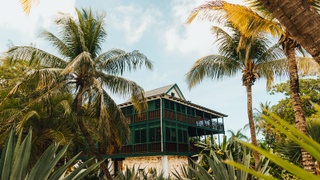 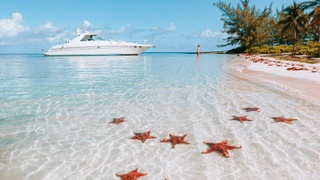 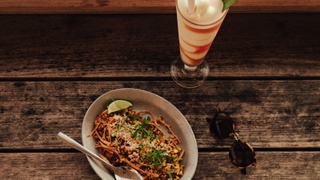 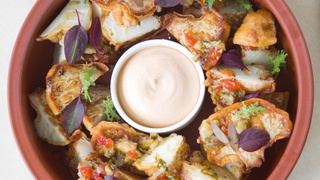 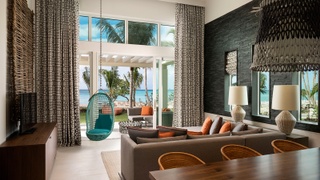 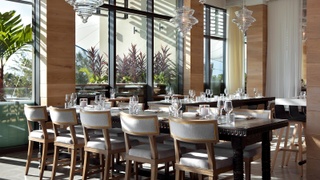 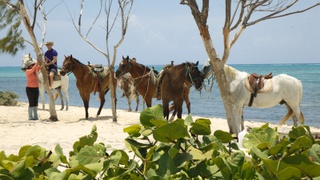 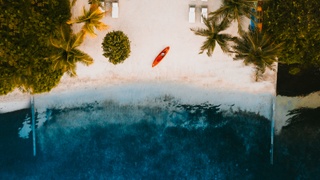 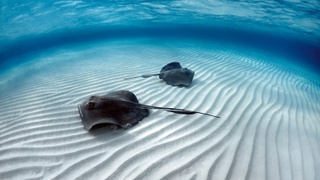 The Cayman Islands' cuisine scene is slowly drawing superyachts to this remote destination. Sophia Wilson samples a taste of the local delicacies in the culinary capital of the Caribbean.

Rough winds blew Christopher Columbus off course during his fourth and final voyage to the New World in 1503 – and caused him to find two uninhabited islands deep in the Caribbean Sea. Since the surrounding waters were teeming with turtles, he named them Las Tortugas. Three decades later a third island was discovered, and the name was switched to Caimanas (taken from the native word for crocodiles, which also inhabited the islands).

Despite the name change it was turtles that put the trio on the map as the Caimanas, or Cayman Islands, became a popular stop-off for sailors in need of meat for their crew. However, it wasn’t until 1658 that the first settlers – deserters from the British forces in Jamaica – arrived on the biggest island of Grand Cayman to make it one of the last major Caribbean hubs to be inhabited.

The superyacht community has been equally slow to discover Grand Cayman, Little Cayman and Cayman Brac – sitting more than 200 nautical miles north-west of Jamaica and west of Cuba – with fewer than a dozen visiting each year. “It’s kind of o the beaten path as far as the yacht charterers and owners go,” says Tim Bradley, managing director of Grand Cayman-based Pro Yacht Management. “A lot of yachts may not know what we offer down here in Cayman.”

The handful of superyachts that do regularly visit – including the late Paul Allen’s 92-metre Tatoosh – tend to have been drawn in by the islands’ world-class dive sites but Cayman has a new trick up its sleeve. “The big thing is the food revolution; in the last six years it has really taken off,” says Bradley. He isn’t wrong. The island’s annual Cayman Cookout festival (15 to 20 January) is going from strength to strength; this year, London’s Clare Smyth was added to its celebrity chef line-up, and you can’t speak to anyone on the island for more than five minutes without their proudly stating that it’s the “culinary capital of the Caribbean”.

The food buzz is based around Grand Cayman, where yachts can base themselves at either the superyacht berths in George Town Harbour or on the superyacht mooring created for Tatoosh, at the north end of West Bay, to explore the 200-plus restaurants on shore. From old-school fish-fry with rice and peas (there is still a strong Jamaican influence on the island) at the brightly coloured, beachside Heritage Kitchen to exquisite seared wahoo with smoky mashed potato on an overwater deck at the Cracked Conch, there is a vibrancy to Cayman cuisine.

One restaurant at the forefront of the culinary wave is The Brasserie in George Town. A leader of the farm-to-fork movement, the restaurant has its own coconut plantation – a home to beehives – a short drive away and an on-site garden growing everything from lemongrass and callaloo to coffee and vanilla beans. Under the guidance of Aide Lopez, whose husband, Arte, heads up the kitchen, the menu is designed around the freshest picks of the day and the catch from the restaurant’s two fishing boats that ensure sustainable practice is followed. That evening I opt for the yellowfin tuna, served with swiss chard, jalapeño and onion slaw and it is as wonderfully fresh as you would expect.

Cayman’s on-trend credentials expand beyond just the culinary scene. Grand Cayman’s newest luxury hotel opening, the Kimpton Seafire Resort + Spa, is a dramatic departure from the island’s more traditional resorts, most of which were built at the start of its financial services boom in the 1970s and 80s. Sitting at the northern end of the famed Seven Mile Beach, the 10-storey glass-clad hotel is unashamedly modern but still warm. The hotel’s staff are hooked up with headsets and it’s not surprising that its guests have included Will Smith, tennis champion Caroline Wozniacki and an NFL team.

Of course, the hotel also keeps up with the island’s culinary prowess and its three restaurants span Mediterranean, Mexican and Spanish cuisine. Up to 10 guests an evening can also try the chef ’s table menu, served along a marble counter in front of the open kitchen in the warehouse-style dining room. Dutch-born chef Dennis Boon’s menu focuses on modern Spanish cuisine with a nod to the Caribbean; dishes include gazpacho with a tomato centrepiece that is actually made from goat’s cheese and a coconut, yuzu and black sesame dessert. This is all accompanied by paired Spanish wines – the experience could give some of Barcelona’s nest outposts a run for their money.

Limiting your calorie intake while on Grand Cayman is nigh on impossible but the island is packed with activities to help you at least try to reset the balance by taking part in an exhilarating Caribbean workout. There is SUP (stand-up paddleboard) yoga to join in with at the Kimpton, jet-ski snorkel safaris to try, crystal caves to discover and the Queen Elizabeth II Botanic Park to wander. This park is home to the only remaining indigenous blue iguanas.

I head to the north of West Bay, known as Horse Beach because a couple of small companies offer “competent” riders the chance to ride and swim with horses o the shoreline. After being introduced to my steed, Sweet Aisha (whom the guide cheerfully informs me is an ex-racehorse), we head off at a nice, sedate pace. Following a serene 20 minutes or so we arrive at clearing and, after removing the Western-style saddle, I am rather ungracefully heaved back on board bareback. From there we head out into the Caymans’ famously clear turquoise waters where I am quickly submerged up to my belly button. And then the magical moment happens: I feel Aisha’s hooves leave the sandy seabed as she powers through the water beneath me.

Back on shore, the guide announces he wants to see my “horse handling skills” and that we are about to gallop back along the beach. Bearing in mind I’m riding in flip-flops and without a protective hat, this was not really what I had in mind. But the next thing I know we are tearing along the strip of sand with Aisha showing off her racehorse credentials. It’s a breathtaking nale to my time in Cayman (in more ways than one).

There is no question the Cayman Islands have hidden depths. If you love food it is well worth following in Columbus’s footsteps and letting the winds blow you there this winter.

The reef circling the Cayman Islands lies in the deepest waters of the Caribbean (the Cayman Trench is more than seven kilometres deep), creating spectacular drop-offs, and the lack of rivers means the waters are crystal clear. “It’s well known for being one of the top diving destinations in the world,” says Tim Bradley, managing director of Pro Yacht Management. “You can literally dive two minutes from the shore and be in completely calm waters.”

All three islands boast multiple sites but Little Cayman, which is 70 nautical miles from Grand Cayman, is the real diving Mecca. “You have got this absolutely beautiful reef that you can snorkel over and then it just drops away from you,” says Niall Lawlor, skipper for Cayman Luxury Yacht Charters. “The dive traffic is less than on Grand Cayman and there is a real wow factor.”

Grand Cayman is home to the Caymans’ most famous underwater attraction – Stingray City. The canny rays have congregated at the natural sandbank in the North Sound since the 1940s, when fishermen used to stop for lunch and leave scraps. Tourists now flock to swim with these playful and curious creatures and the hundred-plus rays can now be rated among the island’s hardest- working residents – each has been estimated to bring more than a million dollars’ worth of tourism income to the island.

Unfortunately, their celebrity status can lead to crowds. Under Lawlor’s direction we arrive early to avoid the throng and within moments the rays begin to congregate around us, sensing that breakfast is about to be served. Our guide, JP, who recognises most of the rays by sight, carefully hands me one of the “most docile ladies” who rests on my forearms nuzzling in, asking for food before giving me up as a bad job and heading on her way. I have been fortunate enough to swim with rays in the past but the experience is still exhilarating and I’m not surprised when Lawlor, who worked as a cabbie in London before moving to Cayman three decades ago, tells me some guests come back year after year.

The rum cocktails every superyacht bartender should know this Caribbean season

The Best Foodie Destinations to Visit by Superyacht