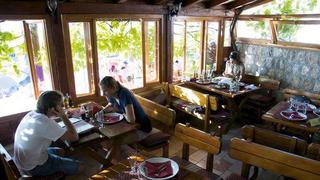 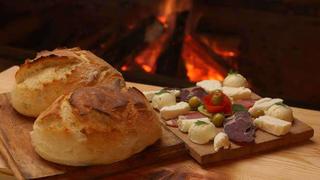 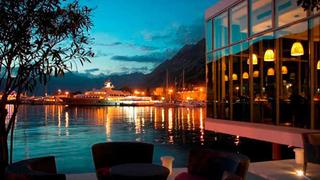 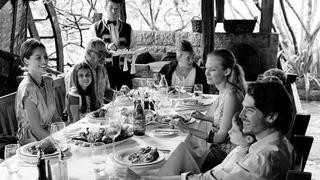 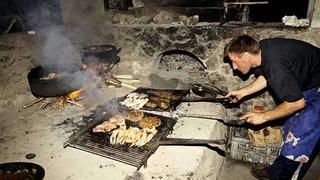 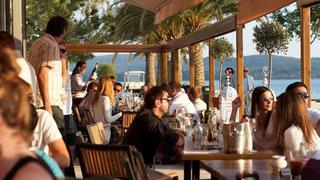 Fine dine away from your yacht in Montenegro

The freshest and tastiest of ingredients

In Montenegro you will find the freshest and tastiest of ingredients, menus designed according to the season and recipes that have been passed down through generations.

Organic produce has always been the only way of life in this self-sufficient country, where farming is still small-scale and traditional.

Montenegro is a nation of meat lovers with a tradition of letting the best ingredients speak for themselves, but on the coast the best meat competes with the Adriatic’s freshest fish.

Sea bass and sea bream are popular choices on offer, some areas are famed for their lobster, mussels and oysters, and you will find squid, octopus and scampi widely available. Most restaurants have their own version of black risotto made from cuttlefish ink.

Fine dining is creeping in to the bigger towns and cities, but you will get the real flavours and tastes of Montenegro and the Adriatic from its traditional restaurants. This selection of restaurants crosses the full spectrum, but each and every one is special in its own way.

Located in the small fishing village of Bigova in Trašta Bay, Grispolis derives its name from the ancient port settlement that once stood here before an earthquake laid it low. The restaurant’s proprietor and his sons are fishermen, and will wheel out the day’s catch of fish, squid, crabs and mussels for guests to make a choice before preparing the meal in any number of ways – the traditional Boka Kotorska style is recommended – accompanied by a wine from their interesting list.

For the freshest seafood you can’t beat a restaurant that sits right in the port, with its terrace overlooking the boats that have brought in the day’s catch. On offer is an extensive selection of fish, prawns and shellfish, prepared in the traditional way, but the house special is Radmilin pjat – a colourful cornucopia of seafood and fruits de mer atop a white and black rice base.

In a small fishing village with a handful of great restaurants and a growing resort area, Konoba Langust is a shining example of the best culinary traditions of Montenegro. The restaurant’s own fishing boats go out for the daily catch and serve it up to you on the beach or the two terraces above.

In the cooler months you can admire the views and spectacular sunsets though the glass windows from inside. Open since 1992 and located next to Maestral Resort and Casino, Konoba Langust is a popular haunt for those in the know.

Downtown, away from the hustle and bustle of the coast, but close to the old town of Budva is the restaurant Demižana, where guests sit at wooden trestle tables under the shade of vines and ensconced in Mediterranean greenery. Traditional food is served, with fish a speciality.

The Bay of Kotor provides a breathtaking backdrop for diners on the two terraces of Hotel Conte’s Nautilus restaurant, which offers an extensive menu of local dishes including Njeguski prsut – traditional smoked ham – Njeguski cheese, octopus salad, fish paté, and in addition to the fish specialities of the area, steak, lamb and chicken. Accompanying wines can be chosen from a list of over 150.

Formerly a flour mill, this building has been in the same family for nearly two centuries and is now known throughout Montenegro and further afield as being one of its best restaurants. Approach the pier on your tender and end up amidst lush vegetation and babbling brooks to enjoy freshwater or saltwater fish in imaginative sauces. The homemade cheese, cured ham and wine are pretty special too.

Restaurant Galion is part of Hotel Vardar’s four-starred boutique operation, but is fast making a name for itself on its own. Here you can dine on local specialities or sample international cuisine while admiring views across the spectacular Bay of Kotor and the walls of the old city.

This 16th century flour mill has been transformed into a world-class restaurant. For over three decades, the family business has delivered local produce in a picturesque setting. Wild Adriatic seafood is prepared with cooking methods that go back centuries – one speciality is enticing squid on a bed of salad leaves and local vegetables. Eat outside on tables next to the millstream where the old wheel once turned.

One of the many restaurants in the Aman Sveti Stefan resort, The Olive Tree is a more casual dining experience. Designed to invoke the ambience of a beachside brasserie, the restaurant has seating indoors or outside under shady trees overlooking the beach. The menu features food prepared on wood-fired grills and an olive-wood-fired rotisserie. A large selection of cut-to-order meat cuts and typical local seafood is available.

The charming Hotel Cattaro is home to the bar Citadella. Enjoy an aperitif or nightcap under the night sky on the terrace that sits on Kotor’s old walls. During the day, there are stunning views of the mountains behind the town and the famous bay that stretches out to the Adriatic.

New on the scene, One takes its name from Jetty One, its location in the fast-growing superyacht marina of Porto Montenegro, where it is the first restaurant to open on its dockside.

Its fresh, modern interior is splashed with bold modern images of yachting life, which contrast with warm colours and tasteful wood furnishings. The restaurant prides itself on its wine list, doubling as a wine bar, and serves a high standard of international cuisine.