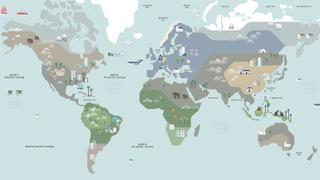 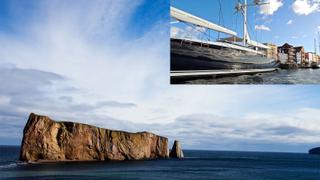 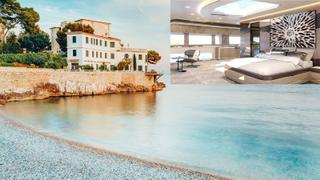 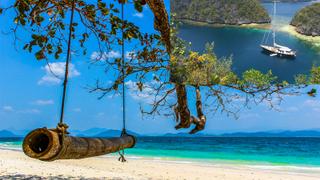 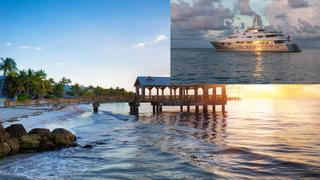 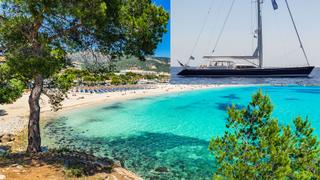 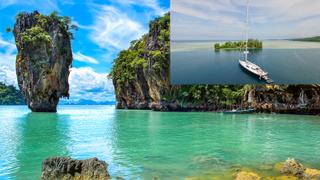 In the club: Superyacht owners' favourite destinations this winter

Every month, you tell us where you are on the seven seas, what you can see from your deck and your top trip tips.

Why are you cruising Canada?

We’re homegrown Montrealers, and we’d never visited the eastern provinces. We started in Newport, Rhode Island, and headed up to Nova Scotia and then Newfoundland.

We cruised down [on Mondango 3] to St Pierre and Miquelon, which has an interesting history but is a little dull. We then headed down to Prince Edward Island, where we moored in the middle of Charlottetown. There was a dinghy regatta that day and it reminded me of my early sailing days in Montreal and the first regatta of the season, which was aptly named the “Ice Breaker Regatta”. We had fabulous seafood here. The oysters and mussels in particular are amazing, but of course there’s lobster and cod, too. We then went round Prince Edward Island to moor outside Malpeque Bay, where the famous oysters come from. We then went on to Gaspé in Quebec, where we quickly became the star attraction, with lots of locals coming out to see the boat. They had never seen anything like it, suggesting not many superyachts get up this way.

How was the sailing?

On our way up to Gaspé, we were doing 11 to 12 knots under sail but were reprimanded by the coastguard as the speed limit is 10 knots (to protect the whales), so we had to haul in the sails and continue under power!

Where did you head next?

After Gaspé, we went into the St Lawrence River and spent the night in the town of Trois-Pistoles, which translates as “three pistols”, yet nobody seemed to know how the town earned this name. In the morning we picked up a pilot and continued into Quebec City. The tidal flows in the St Lawrence are very strong – we were able to travel at 12 to 13 knots using very little fuel.

How was Quebec City?

A jewel. We hadn’t been there in more years than I care to say. We thoroughly enjoyed ourselves in this very European-style city. Leaving, we went nonstop back to Newport and had one day of winds of 40 knots gusting to 50-plus on the nose. Three of our crew were “unwell”! Apart from that the whole trip was very memorable, and made us feel proud of the natural features of our country.

That’s right. We’ve owned a hotel in the South of France, Château Eza, for almost 30 years and we received an offer for it we couldn’t refuse. We were going to use the yacht alongside the hotel, but now the hotel is being sold we’d prefer to take our yachting to North America. Our one summer on board Kalliente also made us realise we want yachting to be a bigger part of our lives, and for that we need a bigger boat! We did love Kalliente, though. The performance and comfort were spectacular. We couldn’t have been happier.

We’ve ordered a 38m trideck from Dominator, the same yard that built Kalliente. We’re working on the plans, which are being designed specifically for our needs and include being equipped for US waters.

What are the biggest gains by stepping up in size?

The 38m will allow us to have more common areas with the trideck configuration and additional interior space. Additionally, we’ll get a master suite (rendering above) with all the bells and whistles we would need to spend more time on board.

How will you use it?

We intend to use the boat in North America. For a couple of years we’ll keep it on the East Coast. We’ll be in Newport, Rhode Island, and the surrounding area for the summer and the Florida Keys, Bahamas and Caribbean in the winter. We’ll then move the boat around to the West Coast. We have a home in Puerto Vallarta, Mexico, so we’ll cruise there and the Sea of Cortez in the winter and take it up to Vancouver and the San Juan Islands in the summer.

How long have you been cruising in Asia?

For 20 years now. We write the Mergui Archipelago and Andaman Islands sections of the Southeast Asia Pilot, which has featured our yacht on the cover for the past two editions.

That’s a tough one, as there is always good wind to be found out here. The Andaman Sea is best from December to the end of April each year and you can expect steady north-east winds of 10 to 15 knots. Late February and March generally have the lightest breeze of the season. Venturing further south of the equator to Indonesia, the best season for great sailing, fine seas and dry weather is June to late October.

Have you got a favourite destination?

Indonesia, due to its vastness and endless opportunities for adventure. The waters abound with whales and diverse marine life. Indonesia has hundreds of live volcanoes, spectacular diving, surfing, fishing and thousands of uninhabited islands to explore.

What are your top tips for someone looking to take their boat to Asia?

Don’t be afraid of this region – it’s refreshing, relaxed and very friendly. It offers a wealth of skills in carpentry and painting. Maintaining a superyacht is very achievable and much cheaper than elsewhere in the world due to lower marina costs, cheaper labour and generally cheaper supplies and goods. There has been exponential growth in the marine industry over the past 10 years in South East Asia, and more and more superyachts are making it their home.

The boat’s for sale – are you exiting the superyacht world?

Asia is listed for sale with Fraser. After 20 years permanently at sea we are keen to head back to Africa with our two young children and place them into formal schooling. But we do plan to stay involved with superyachting in South East Asia and may buy another yacht again in the future. Watch this space.

What will you miss most? The amazing food, as well as the variety of opportunities for exploration and adventure, although with our personalities and zest for life, I doubt there will ever be a non-adventurous day or dull moment!

We used the boat for five weeks in Montenegro, Croatia and Venice. It was a total blast as these countries have many deserted islands where we enjoyed paddleboarding, kayaking, jet skiing, wakeboarding – basically all our toys, and not forgetting our giant slide! The water in the Med can be so clean when you get away from the coast. We also had very successful charters in Italy and the South of France in August and September. She’s now back in Florida, ready for my family winter adventures and charters in the Bahamas and Caribbean.

What are you most looking forward to this winter season?

Spending long weekends in the Caribbean. We’ll then head to Panama and maybe Costa Rica in April-May and go to French Polynesia for summer 2018. I love diving and we have a great set-up on Dream with air and nitrox compressors, which will be handy in the Pacific.

I love our large 10m Intrepid tender. Its hard bottom is super stable and enables us to explore the coasts and islands in total comfort – even when the sea is rough. I also like the SeaBobs, which make you feel like you’re a dolphin.

Any post-Irma concerns for the Caribbean?

I am saddened by the destruction in St Martin and St Thomas, where we have good friends. But the Caribbean has many other wonderful spots such as St Lucia, Grenada, Belize, St Vincent and the Grenadines that did not get hit. And there is Panama, which has great beaches that few people know about What’s your tipple of choice at the moment? We have a large wine cooler and I enjoy some of our fine Bordeaux.

What’s the one thing a guest on board can do to win your heart?

I just like my guests to enjoy themselves and not feel obliged to wake up as early as me.

Ted Andrew: Song of the Sea

We hear you’ve been doing some UK cruising...

That’s right. We sailed up to Scotland’s Western Isles and the wild west coast of Ireland. Song of the Sea departed her home port of Palma de Mallorca in early May 2017 bound for Oban, with one stop off in Dublin where we all learned to pull the perfect pint at the Guinness brewery.

Why did you decide on Scotland and Ireland?

We were attracted by the scenic beauty in those waters but were concerned about our 4.5m draught. We need not have worried because many of the marinas can now accommodate 5m even at low tide.

Did you visit any distilleries?

Yes, several. In Scotland, Tobermory was our favourite but you’ve got to like peat. In Ireland, Dingle got the vote.

How was the (in)famous weather?

Warm, wet and windy. The Outer Hebrides gave us some shelter in Scotland but Ireland has to cope with all the Atlantic can throw at it.

Any tips for people following your footsteps?

Choose the right wardrobe and leave your bikinis and Speedos at home. We also have a set of Hardie bagpipes on board, which we play at sundown. Everyone loves it, so make sure you take a set!

What moments stick in your mind?

The best two were Ladies’ Day at Galway Races and Fungie, the bottle‑nosed dolphin who lives in Dingle Bay. He went missing one year but returned a year later with a bride, who then left him another year later. One year after that he went missing again and returned with a second bride, who also left him a year later. Maybe it will be third time lucky. We had one lowlight – the only time we drove a car all summer we picked up a speeding fine. Sod’s law.

What’s next for Song of the Sea?

It’s back to cruising the Med with gin and tonics in the sun next summer.

How long have you been cruising Thailand?

The boat (Bella Ragazza) started a circumnavigation in 2016 after a season in the Caribbean. She then went to French Polynesia and Fiji for the summer, after which she underwent a seven month refit in New Zealand. In June 2017 we sailed to the Solomon Islands and then arrived in Thailand in October.

What inspired you to cruise the area?

We wanted to experience the remoteness of the Solomon Islands, with its almost nonexistent infrastructure. Locals there move around in simple dugout canoes. There's also some amazing places to dive in Asia.

Have you got a highlight?

The beauty of the Similan Islands is hard to beat. But we also enjoyed diving on World War Two wrecks in the Solomon Islands.

Very good so far, especially between Papua New Guinea and the Solomon Islands

Has anything surprised you?

Definitely the massive crowds of tourists on the beaches of Phuket, who left their litter everywhere and did not show any respect towards nature and other people. It wasn’t good to see. A very positive surprise, however, were the pink cuttlefish we spotted while diving in the Solomon Islands.

What’s the drink of choice on board at the moment?