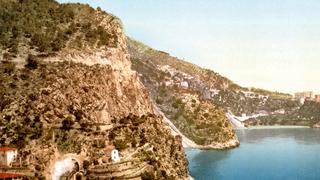 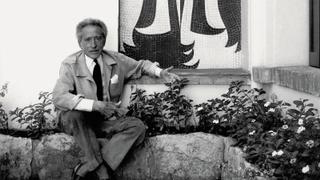 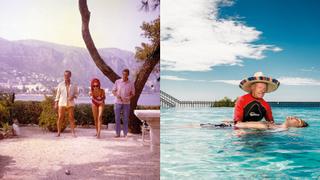 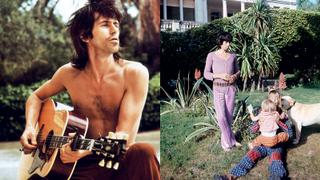 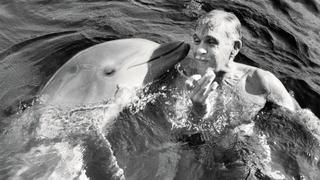 Mad-Cap Ferrat: The famous faces of the Côte d'Azur peninsula

The Côte d’Azur’s forested peninsula of Cap Ferrat and bay of Villefranche have attracted dignitaries, rock stars and yacht owners for decades.Tristan Rutherfordrecalls some of the more colourful stars who have shone there.

In 1950 Jean Cocteau arrived for dinner at Villa Santo Sospir, owned by socialite Francine Weisweiller, crashed in the spare room and stayed for 11 years. The eccentric artist frescoed every spare inch of wall with Greek mythological figures, busty damsels and flower power symbolism. Marlene Dietrich and Picasso were regular visitors. The latter would sail on Cocteau’s toy yacht across the Bay of Villefranche to his favourite Plage de Passable.

Villa Santo Sospir is open for guided tours to take in Cocteau’s artwork and if you ring in advance the villa’s kindly housekeeper, Eric, will show you ceramics painted by Picasso. Beach Club Passable is still well worth a stop off, serving candlelit frutti di mare suppers as the sun sets over the bay.

In 1927 Maugham purchased Villa La Mauresque, commissioned young American architect Barry Dierks to transform the property – and then set about fomenting the Côte d’Azur’s literary hub. The acid-tongued playwright would invite icons such as Evelyn Waugh and Patrick Leigh Fermor, then tire of them quickly, sending his guests in cars to clubs in Monaco and Nice as soon as dessert dishes were cleared. Maugham even complained about the number of towels used by Ian Fleming during his Cap Ferrat stay. A more favoured guest (possibly because he spent less time at the villa) was Sir Winston Churchill, who sailed locally on Aristotle Onassis’s vessel, 99 metre Christina O, now a beautifully restored yacht.

Villa La Mauresque is now a private residence and much of the property has been rebuilt, but the gatepost still bears the Moorish sign that appeared on all Maugham’s first edition books – the hand of Fatima warding off the evil eye. While those who don’t mind a bit of public parade can enjoy Christina O, which is available to charter on the French Riviera, Villefranche remains a favoured destination for public figures avoiding the limelight. “People sail to Saint-Tropez to be seen, but sail to Villefranche for privacy,” says Stephane Flé of local charter specialist Dark Pelican. Flé spends the winter acting as a marine co-ordinator for four or five big shoots, such as Sky’s TV show Riviera. “We have a century of celebrity, so now nobody cares who you are,” he says.

In 1939 Club Dauphin’s Olympic size pool was hewn out of Cap Ferrat’s coast and immediately became a draw for the emerging summer season crowd. A decade later, swim coach Pierre Gruneberg started teaching guests and their children how to swim. Pupils early in his career included David Niven and Aristotle Onassis, while Elizabeth Taylor preferred to lounge poolside and save her energy for nocturnal liaisons.

Gruneberg still teaches guests with the same gusto despite now being in his late 80s. He keeps himself in shape by swimming one kilometre every morning, from the hotel to the lighthouse, and still migrates to Courchevel in the winter to be a ski instructor. Over the past six decades he has added Bono, George H W Bush and Stella McCartney to his impressive list of graduates. Stella’s father, Sir Paul, even wrote him a note: “Me and the missus thank you for some laughs and some lessons at the Grand Hotel.”

In an attempt to avoid a new tax regime in Britain in 1971, Keith Richards rented the 16 room Villa Nellcôte and the Rolling Stones recorded Exile on Main St in its reportedly damp basement. French photographer Dominique Tarlé documented the six month “house party” that ensued – where guests ranged from John Lennon and Bobby Keys to drug dealer Tommy Weber. When not thrashing his guitar, rocker Richards tore past Cap Ferrat towards Italy in his curiously named speedboat Mandrax, carrying neither passport nor suncream.

In 2006 the villa was purchased for a reported $128 million and is now kept as a (heavily guarded) private residence. However, Villefranchois locals who fancy a peek order a pan bagnat (essentially a salade Niçoise in a bun) at brand new beach club Déli Bo, then grab a stand-up paddleboard for a sunset supper – chilled beer in hand – atop the limpid sea with a view up to the former villa of debauchery.

Born in Shanghai, Frenchman Jacques Mayol was one of the most remarkable freedivers of his generation – in 1983, aged 56, he set the world record of 105 metres. His exploits were so legendary that the 1988 film Le Grand Bleu, which became one of France’s most commercially successful films, was based on his rivalry with Enzo Maiorca. The film raised the profile of deep diving and since its release, Villefranche has twice hosted the Freediving World Championship. It is one of the few places in the world where freedivers – using nothing more than fins and a deep breath – will descend as far as 128 metres.

To sample Villefranche’s best known sport, call Marick Le Hérissé. “Villefranche is protected by Cap Ferrat and the Cap de Nice,” explains the freediving master instructor. “For divers, swimmers, sailors, it’s so calm.” When not giving private instruction aboard a yacht, Le Hérissé welcomes beginners to his freedive studio near Plage de la Darse. Lessons start with yogic breathing. Freedivers believe they can stimulate man’s mammalian reflex, which slows both heart rate and oxygen intake, allowing them to swim like a dolphin. “By concentrating I will enable you to swim peacefully underwater for 60 seconds,” claims Le Hérissé. Some of his colleagues can swim for 10 minutes unencumbered by scuba tanks. “Sea level beginners can spot octopus near my studio. More interesting are the mérou grouper down at 30 metres or more.”