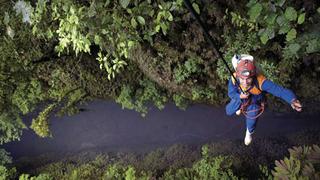 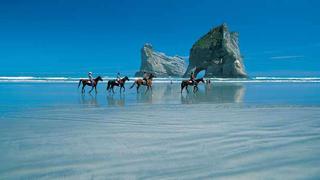 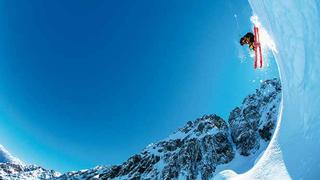 Sail your superyacht to New Zealand

Whilst the Bay of Islands and its surrounds tends to be the one favoured by cruisers and visiting superyachts, there are other areas which, time permitting, should not be missed.

Heading south of Auckland, Tauranga offers access to New Zealands active marine volcano, White Island. Head inland to the Waitomo Caves where you can abseil 400 metres into a cave and blackwater raft out! Close by are the towns of Rotorua and Taupo.

Taupo, housing New Zealands largest lake and a trout fishing mecca, is home to New Zealands premier luxury retreat, Huka Lodge, which is consistently rated as one of the worlds top hotels. A visit here should not be missed, even if its just for lunch. The 20 Lodge Rooms with their slatted terraces nestle in seven hectares of wooded grounds, with none more than 20 metres from the river. Mini-bars, walk-in dressing rooms, bathrooms with underfloor heating and sunken baths offer the ultimate in luxury.

Depending on the season, Taupo can also offer hunters red and sika deer, duck shooting, turkey shooting and wild boar hunting. Travelling further south explore the wine region of Hawkes Bay and at the bottom of the North Island anchor up in Wellington, both the capital city and the capital for culture!

At the top of the South Island lie the Marlborough Sounds, a coastal wonderland of inlets and bays amongst forest and national parks, much of which is inaccessible by road. It would be possible to lose a couple of weeks cruising the Sounds without anchoring in the same bay twice. Guests bide their time kayaking, swimming, walking or biking on the countless tracks, fishing, or simply sailing the endless bays.

A trip to this region is not complete without visiting the wineries. The Marlborough area is the countrys most famous wine region and produces a range of Sauvignon Blanc that is considered by many European wine critics to be the best in the world.

To the west of the Marlborough Sounds are Tasman Bay and Golden Bay, which stretch up to the north western tip of the South Island. Tasman Bay incorporates the Abel Tasman National Park with sheltered anchorages allowing further exploration of the park by tender or kayak. Scenery here is quite different to the rest of New Zealand due to the golden sands, yet equally as stunning.

Fjordland, carved up by the action of glaciers in the Ice Age, was listed as a United Nations World Heritage site in 1990 and has some of the most dramatic scenery in New Zealand. Fingers of sea wind between snow-capped peaks and thick forests of ancient trees. A visit to both Milford Sound and the spectacular Doubtful Sound really should not be missed if time permits.

A personal favourite of the Boers, former owners of AlumerciA, is Dusky Sound, a fjord tucked away on the south-west corner. There are no roads leading to this place so arriving there by sea or air are the only options. Dusky Sound is so remote and majestic in its beauty that you feel very close to God, says Marinus Boers.

Those seeking a more adrenalin stimulating experience should head to Queenstown, the mecca for extreme sports aficionados. Almost any activity is possible here, from mountain biking and hiking to paragliding, hang gliding, jet boat rides over rapids and of course bungy jumping.

The stunning alpine scenery enhances all of the activities adding another dimension to the enjoyment. In the winter, Queenstown, and nearby Wanaka, become popular ski destinations with world class ski fields.

North of Queenstown is another amazing natural feature, the Franz Josef and Fox Glaciers. These glaciers can be explored from one of the many walking tracks in the region or by helicopter, which will actually land on the glaciers.