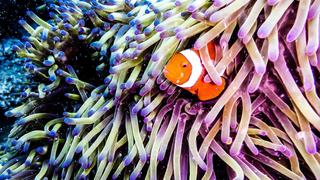 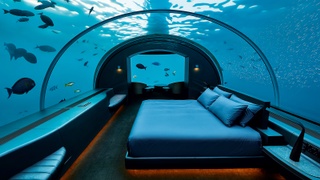 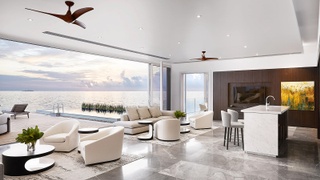 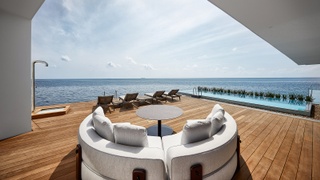 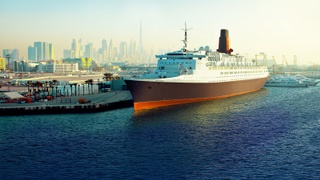 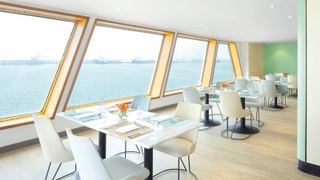 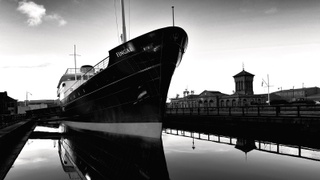 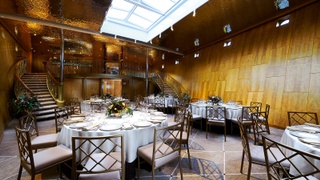 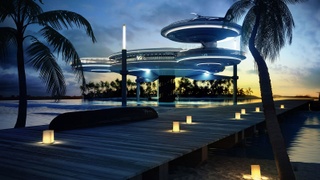 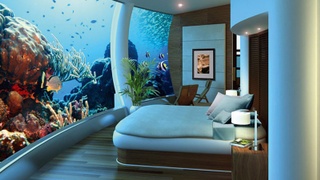 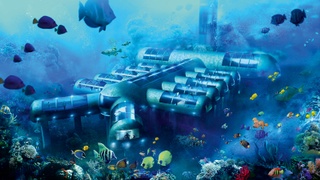 Sleeping with the fishes: Unique hotels above and below the water

Even if you can't be on your superyacht, you can still be at sea. Sophia Wilson discovers three of the quirkiest new hotel rooms above and below the water

The lowdown: If the Maldives is known as the stage for a game of luxury one-upmanship, the Conrad resort’s latest residence, The Muraka, raises the stakes. Its showpiece master suite sits nearly five metres below sea level: encased in transparent curved acrylic, guests can watch the underwater wonderland from the comfort of their king-sized bed. Promoted as the world’s first underwater residence, it’s the realisation of a $15 million (£11.3m) project by the resort that introduced Ithaa – at the time the only underwater restaurant – back in 2004. The Muraka’s underwater bedroom may be the reason it hit the headlines but the rest of the sparkling white hotel is equally spectacular – with an infinity pool, glass-walled lounge, private gym and separate area for security personnel.

Ask Jeeves: Naturally, guests staying in this secluded haven have a devoted team of butlers on hand to cater for any requests 24/7 – from yoga and meditation on the sundeck to a private trip on the resort’s 17-metre yacht.

Grub’s up: If you fancy dining with the fishes as well as sleeping with them, The Muraka comes with a private chef, or you can head to Ithaa. This curved-glass restaurant serves a set six-course menu with dishes such as coconut crusted légine and calamarata pasta stuffed with reef lobster (you might struggle to look your aquatic neighbours in the eye afterwards).

Going green: “Muraka” translates as “coral” in the local language of Dhivehi and every effort has been made to protect the environment around the suite. Three marine biologists removed surrounding corals to a nearby nursery during construction before returning them when work was completed.

Construction considerations: The 600-tonne structure was built in Singapore before being transferred to the Maldives by ship in three separate parts. It’s held in place by concrete pillars and oxygen levels are monitored around the clock by technicians.

Best by boat: Avoid the hoi polloi of honeymooners and tender directly to the residence’s private jetty or arrive by private seaplane transfer.

The lowdown: Fifty years after setting sail across the Atlantic on a jubilant maiden voyage, this historic liner has dropped anchor in the City of Gold and been transformed into a five-star hotel. Like everything in Dubai, her owners have gone big – she now has 224 rooms, 10 restaurants, a spa, a theatre and, of course, a duty-free complex. However, the emphasis has been on restoration rather than renovation. Traditional touches have been maintained, such as her original portholes and the names and decor of her restaurants (including the traditional British boozer, the Golden Lion).

Bumpy voyage: The Cunard vessel – the last oil-fired passenger ship to cross the Atlantic – made her final voyage, from Southampton to the Middle East, in 2008. However, after being purchased for a reported £70 million, the project was mothballed for years because of the financial crisis.

Hands on: An estimated 2.7 million work hours (the equivalent of 308 years) were put into the ship’s makeover.

Royal treatment: For the ultimate indulgence, book into either the Queen Elizabeth or Queen Mary Suite. The opulently decorated chambers occupy 76 square metres, and include a mezzanine level, private dining room, conservatory and large veranda for views of Dubai’s sparkling skyline.

Golden age: Step back in time with dinner at the Queens Grill. The ship’s former first-class restaurant serves up the same nine-course tasting menu that was on offer during her maiden cruise from Southampton to New York in 1969.

Maritime mileage: Perfect for history buffs, the boat has a heritage exhibition that showcases its 9.6-million-kilometre history, including her involvement in the Falklands War.

Home from home: Originally launched from a Clydebank shipyard in Glasgow, Scotland, the QE2 now finds herself docked permanently at Mina Rashid – the heights of the Burj Khalifa and the glittering Gold Souk are close by.

The lowdown: This former Northern Lighthouse Board ship has undergone a £5 million development to become one of Scotland’s most glamorous hotels. With her vast fuel tanks converted into a ballroom flanked with sweeping staircases, she has found a permanent berth in the popular waterfront hotspot of Leith. The latest project by the not-for-profit organisation that runs the nearby Royal Yacht Britannia, which welcomes 400,000 visitors a year, the 72-metre ship oozes art deco and neoclassical grandeur (think the Titanic, with a touch of classic Hollywood).

Despite her glam makeover, Fingal, who made her maiden voyage between Greenock and Oban in 1963, has not forgotten her roots. Her soft sage, heather and burgundy-hued cabins (coloured to reflect the Scottish Highlands) are named after the Stevenson lighthouses that she served, with bespoke stitched headboards that depict the sea map of each individual location. Other nautical nods include polished wooden chairs that were commissioned to match the original radio officer’s and, of course, portholes.

Superyacht status:Fingal was earmarked by a wealthy English businessman for conversion into an explorer superyacht, before the current owner bought her. She still has plenty of superyacht-worthy touches, such as a grand staircase encircling a glass lift and meticulously ivy-tiled bathrooms that follow the ship’s curved lines.

Royal approval: Princess Anne is a secret lighthouse fan (who knew?) and as patron of the Northern Lighthouse Board spent time on board Fingal during her active service. The Princess Royal’s former sleeping quarters make up part of its premium Skerryvore Suite, which has an impressive dining and lounge area filled with the old ship’s records.

Counting sheep: Each bed is adorned with a custom-made tartan throw created by local weaver Araminta Campbell. Her studio is just across the road for those who want to order their own bespoke beauty.

Petrolheads: Perhaps Fingal’s most striking feature is a glass walkway over the former engine room that lets you observe the original mechanics.

Underwater hotels on the horizon

The plan: This futuristic property is expected to offer the best of life above and below the waves. Its 21 rooms will be submerged 10 metres below the surface while an overwater discus-shaped structure will house a restaurant, lobby, spa and rooftop seawater swimming pool.

The plan: Originally scheduled to open in 2008, there is some scepticism as to whether this 25-suite underwater lagoon hotel will ever emerge. If it does hit the market its design includes submerged submarine-style capsules and even an underwater wedding chapel for marine marriages.

The plan: Guests will be able to rest their heads in one of 12 science-fiction-style aqua pods that will be nine metres beneath the surface and accessed via a lift. It’s not just about gimmicks, however, and the hotel’s main aim is to raise money to help restore and protect coral reefs.

Sleeping with the fishes: 6 of the best underwater hotels

8 of the best on the water experiences at luxury hotels

The Best Underwater Restaurants in the World