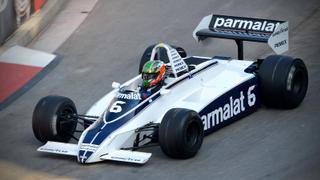 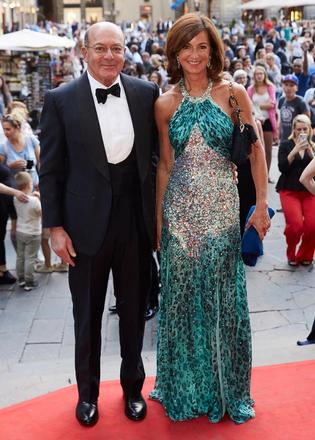 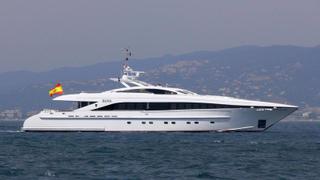 Be it a fleet of supercars, a private jet or a garage full of motorcycles, few and far between are the superyacht owners whose automotive passions stop at the oceans. A case in point is Joaquin Folch, owner of 37 metre Heesen yacht Buka U, who alongside serving as CEO of Industrias Titan has enjoyed a successful career in motorsports.

“My father gave me a love of cars when I was very young,” explains Folch. “He was a motorcycle and car enthusiast and competed in club races. I used to go to the Montjuic races with him and when I was seven I entered my first go-kart race, I’ve loved cars ever since.”

Folch followed his father into club racing aged 18 when he began competing in trial, motocross and road racing events while the family business as the Spanish distributors for Aston Martin, Lotus and Jensen helped fuel his passion. In the 1980s Folch turned towards vintage vehicles, racing Manx Norton, G50 and Paton motorcycles across Europe, before finally arriving at the historic car competitions for which he is now best known. “In 1984 I started historic racing in Spain with an Aston Martin DB4 Saloon. Then we prepared an Elan for racing in Europe and a Lotus 23 with which I won the European Championship in 1992-93,” he recounts. “I love any kind of racing vehicle just for the sheer pleasure of driving them.”

Although Folch insists that his favourite race is always the next one, his race record points to a number of career highlights including a third place finish in the Le Mans Legend race in 2014 and another podium finish at the 2017 Richmond Trophy. So what is his preferred racing machine? “I believe that every car has its own charisma and, while racing a new car is always an exciting challenge, to be able to get the most out of any vehicle is the utmost you can ask for when racing. The oldest car I have raced is a 1956 Maserati 250F and the youngest a MB C-11 Group C.”

Folch and his team are currently in the middle of restorations on two historic cars but he admits, “any car with an interesting history is our target – we’ll see what’s on the market when we’re done.” Off the track, however, caution is king. “On a daily basis I use a Jaguar XJ with a driver,” Folch explains. “When driving on the open roads nowadays I’m really scared of other drivers and their scarce driving knowledge and skills.”

The one exception to this is Monaco – but only when the roads are closed for the Grand Prix de Monaco Historique in which he has been competing since 1997, finishing third at the 2018 event. It is, he says, the ultimate meeting of yachts and cars. “As you can imagine we have our boat at the exit of the tunnel chicane. It is always very convenient as we can reach the paddock with our tender.”

40 Beautiful Things: Robert Drontmann on his love of sailing