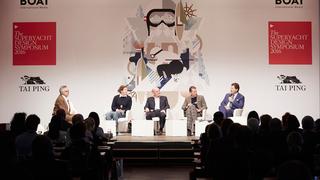 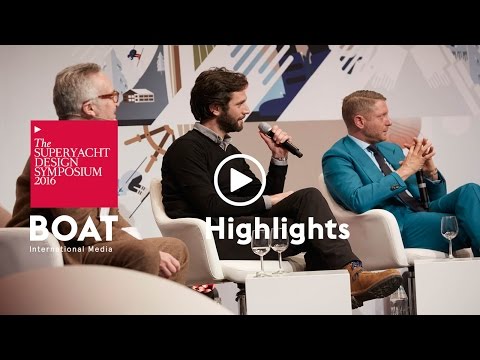 The sold out Superyacht Design Symposium 2016 began in style on Sunday February 21 with the Welcome Cocktail, in association with Tai Ping. Held at the Hitzhof hotel in Kitzbühel, the Welcome Cocktail gave delegates the chance to meet and mingle ahead of the start of the event the following day.

The first day of the Superyacht Design Symposium began with opening remarks from Chairman Stephan Bayley, who welcomed guests and set the tone for two days of interesting debate and discussion. The first plenary session of the day, which asked ‘what is the new luxury?’ was one of the most talked-about topics of the event. Speakers Lapo Elkann, Phil Simmons, Nicky Haslam and Axel de Beaufort lead a lively debate about luxury and yacht design that ignited countless conversations afterwards.

The spirit of animated discussion continued throughout the two days, in both the smaller and more focussed technical workshops and the varied plenary sessions in the main hall. See the highlights in the video below:

The end of the first day saw the ShowBoats Design Awards celebrate the talented design minds behind the finest yachts of the last year. There were 17 awards given out on the night, but a handful of yachts took the majority of the Neptunes: Nikata won four and Savannah scooped up three. The Young Designer of the Year Award, in association with Oceanco, went to Baoxi Xiao and it was Fritz de Voogt who earned the Lifetime Achievement Award.

The Superyacht Design Symposium drew to a close on Tuesday with the final panel offering a unique chance to hear straight talk from the owners themselves. The superyacht owners’ panel featured Edoardo Tabacchi, Brian O’Sullivan, Dr Alexander Rosa-Alscher and Paola Trifirò, who talked about the highs and lows of yacht building in front of a captivated audience.

As in previous years the Blohm + Voss Ski Cup, presented by Foil Skis, rounded off the event in a competitive spirit with a ski race and après ski party. There was much excitement when Lorenzo Argento came in third instead of his usual first place finish in the advanced men’s group. Second place went to Filippo Rossi with first place going to Davide Cipriani. The winner of the advanced women was Sylke Auf Dem Graben, with Adriana Monk coming in second.

Book it now: 5 Experiences to Look Forward to at the Superyacht Design Festival 2020