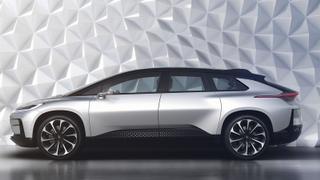 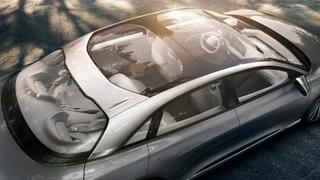 Charging into battle: The rise and rise of the luxury electric car

Competition is hotting up in the six-figure electric sports car market, says Brett Berk, and these are the models to know about...

Tesla has dominated the market for luxurious long-range electric vehicles (EVs), in part because it is the only manufacturer producing them. In the next couple of years, however, European automakers like Mercedes-Benz, Porsche, Aston Martin and Jaguar will bring a range of EVs to market. And additional homegrown competition may arrive from Tesla’s neighbours on the West Coast.

The Faraday FF 91 is ostensibly an SUV – a high riding, all-wheel-drive vehicle built for all-weather use and utility. Yet its angled and rounded fuselage and improbably long wheelbase gives it a profile and proportion like nothing else in the category. Lucid Motors’ Air is more of a traditional four-door sedan, but again its shape is anything but traditional, with a snub nose, deeply sculpted flanks, and an extra bubble canopy tacked on to its rear, where it hangs out over the almost non-existent deck.

Both vehicles also share an expansive cabin, the result of a liberating design advantage of pure electric vehicles. Since the batteries are in the floor and the motors that drive the wheels are at the wheels themselves, there is no need for a bulky hood (no engine!) or hump-like interior tunnel (no transmission!). More space can thus be given over to the passengers. And when the car drives itself, as each vehicle is designed to do, everyone on board becomes a passenger. The best seats are now in back, where broad, contoured chairs tilt down and extend, like those in a private airline cabin. All the better for consuming media, or getting some work done.

Because electric motors produce all of their thrust as soon as you hit the go pedal, and because these vehicles are as powerful as the proverbial lightning bolt, they are both extremely fast – Ferrari fast – so you can hurtle into the future at breakneck speed.