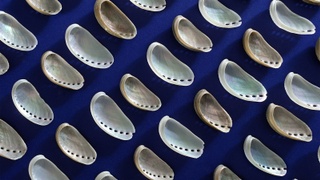 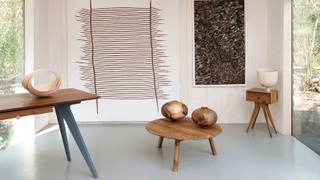 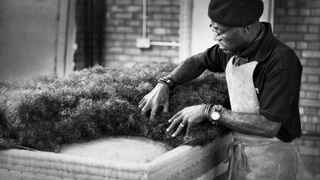 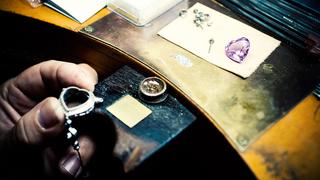 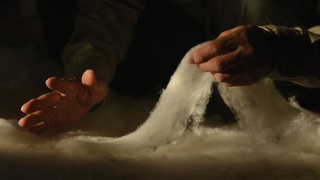 Everything you need to see at London Craft Week 2019

London Craft Week will return to the British capital from May 8-12, 2019 celebrating the brands, artists and institutions keeping traditional craftsmanship and time-honoured techniques alive. With more than 130 events taking place each day, there’s plenty of Craft Week action to get involved in. Start planning your schedule with our guide to the key events and themes…

As the impact of the modern global economy, and the move towards cheaper, faster production methods it encourages, becomes increasingly apparent, the conversation around sustainability is growing louder and louder. As such a number of Craft Week events will explore this theme starting with Battersea Power Station which plays host to an installation by Monica Cass of par-avion co. and Clare Potter Design made from repurposed construction waste.

Elsewhere, WOOD, a collaborative exhibition by artists Ted Jefferis (works pictured), Wycliffe Stutchbury, Luke Hope, Max Bainbridge, Abigail Booth and Jane Crisp, will explore the aesthetic prowess of this sustainable natural material and Sea Containers London will be home to an installation of sustainable furniture made from industry by-products such as goose feathers and scallop shells designed by Bethan Gray and Nature Squared.

Almost every event during London Craft Week celebrates traditional craftsmanship in one form or another but, if you really want to get up close and personal with some of the world’s finest artisans, there are a few which standout. Linley, for example, will be allowing guests a behind-the-scenes look at its bespoke process and the meticulous artistry that goes into its marquetry while Bentley will be showcasing the blend of state-of-the-art techniques and traditional working methods used to create the wood, leather and metal elements that make its cars unique.

Savoir Beds, meanwhile, will have master craftsman TJ Brown (pictured) in residence to teach visitors the centuries-old arts of star-lashing and tufting which go into its mattresses as well as allowing guests a sneak peek at its bespoke Stella bed designed in collaboration with Nicole Fuller. Finally, British gunmaker Purdey will be celebrating its new partnership with Montblanc with a series of events during which guests can try their hand at chequering a piece of walnut, test the new Montblanc for Purdey pens and even have a leather notebook personalised by a master calligrapher.

London has long been known as the capital of experimental fashion but it is also home to some of the world’s finest tailors and jewellery workshops. Theo Fennell will be demonstrating this by throwing open the doors to his west London studio, offering a behind-the-scenes look at what goes into his miniature masterpieces, culminating in a talk from the designer himself. Meanwhile, celebrity wedding dress designer Kate Halfpenny will share her expert insight into what makes the perfect wedding dress and London-based designer Erdem Moralioglu will be opening up his personal art collection which includes works by Andy Warhol, Jean Cocteau and Axel Geis.

Other fashion highlights include an Indian embroidery workshop hosted by Bamford in collaboration with Injiri, a retrospective of Vivienne Westwood’s iconic avant-garde hats, a new work by sculptor Dominic J. McHenry exhibited by eyewear brand Linda Farrow, a lesson in traditional cobblery at Church’s and an installation by florist Fjura presented by Christopher Kane.

Long recognised as having one of the most influential design cultures globally, the artistic history and style of Japan will take centre stage during London Craft Week. Heal’s has teamed up with central Japan’s Gifu Prefecture to showcase the region’s independent craftsmen and designers with pieces available to buy including knives, ceramics and furniture. The Daiwa Anglo-Japanese Foundation will be hosting an exhibition of works by contemporary artist Haruo Mitsuta while Crafting Japan will offer an up-close look at what goes in to some of the country’s most famous exports, including bamboo carving, urushi lacquering, knife making and metalworking. Finally, join wangumi’s Iku Nishikawa for a lesson in the art of kintsugi, the traditional art of ceramic repair using lacquer and metal powder, while Living Colours, an exhibition at Japan House, explores the age-old art of kasane or creating colour combinations.