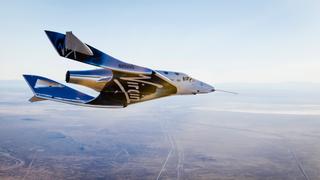 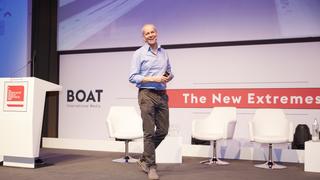 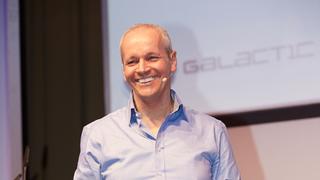 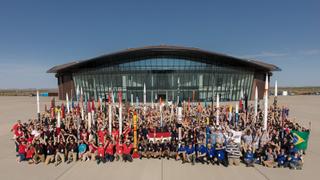 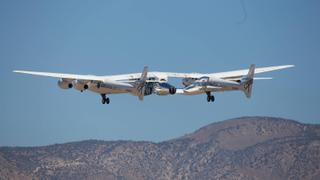 One of the most talked about presentations at this year’s Superyacht Design Symposium saw Stephen Attenborough, commercial director of Virgin Galactic, take to the stage and enthral delegates with the company’s ambitious vision for the future of space tourism.

“In my life I haven’t come across anything as uniquely inspirational as space exploration. People have this deep-down desire to see what’s beyond the horizon,” he argued. “What people increasingly want to find is that what’s over the horizon is not Monaco or St Barts, but somewhere that no-one’s ever been.”

Attenborough joined Virgin Galactic in 2004 as the company’s first full-time employee and it wasn’t long before he recruited the services of another Superyacht Design Symposium speaker, Philippe Starck. Starck was immediately convinced by the importance of the company’s mission to make space tourism accessible and was keen to visit their American headquarters. Upon arrival, he gnomically stated, “With space, nothing is everything and everything is nothing.” His work for Virgin Galactic included designing the spacecraft’s livery and the company’s logo, which is customised on each employee’s business card to match their own iris — a flourish that Attenborough described as “the ultimate pick-up line”.

Jokes aside, the serious business of building the world’s first commercial spaceport began in earnest once Virgin Galactic struck a deal in 2006 with the Governor of New Mexico, Bill Richardson. Named Spaceport America, the facility features a 2.27-mile long runway and a terminal hangar designed by Foster & Partners. The project has attracted widespread international support, with more than 700 people from 60 different counties coming forward in the years since to pay the $200,000 needed to reserve their place on the first commercial space flights.

If the appeal of the Virgin Galactic programme is obvious, the design and method of delivery is much less so. The craft itself is carried to 50,000 feet by the twin-fuselage jet aircraft VSS Unity before detaching and launching into a parabolic arc that allows for up to five minutes of weightlessness.

“The original plan was to have everyone strapped in the whole time, but that didn’t appeal to clients, so we changed our approach,” Attenborough added. “Now customers will be able to float around the cabin, do somersaults, drink drops of water and enjoy life-changing views of planet Earth through the large windows.”

Safety of re-entry was a key priority for Virgin Galactic and for this reason all of its spacecraft will be fitted with articulated wings that allow for an aerodynamically controlled descent down to 70,000ft, working on the same principles that allow a shuttlecock to fall so gracefully from the air.

And, while the vision is fully fleshed out, ventures as cutting edge as this require extensive testing to prove the company’s dedication to safety. Further test flights are planned for this year and, meanwhile, the waiting list continues to grow. For some this may seem like a frivolous venture but Attenborough insists that the breakthroughs achieved by Virgin Galactic will have important applications for future satellite technology and even intercontinental travel.

“When it comes to space we need to be really serious about this,” he concluded. “We have a responsibility to understand why we’re taking people to space when there are so many problems right here on planet earth. So much of normal life down here would not have been possible without the access to space that we’ve had over the past 50-60 years. If we can get better access to space, the things that we can do to improve life here on planet Earth are absolutely immense.”